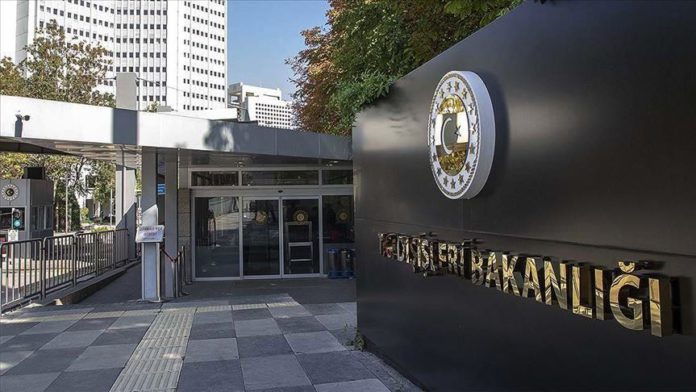 This week’s summit of Egypt, Greece, and the Greek Cypriot administration had nothing to do with efforts to find peace in the region, Turkey said on Thursday.

“The fact that the statements published by this trilateral organization, which is claimed to have the aim of supporting peace, stability, and cooperation in the Eastern Mediterranean, target our country every time, this reveals the real intentions of these countries,” said a Turkish Foreign Ministry statement.

The ministry statement said the declaration from the summit contained unfounded accusations and allegations against Turkey, adding that such moves are expected from these countries.

The statement stressed that real cooperation in the Eastern Mediterranean can only be achieved with an inclusive approach that includes all the coastal countries, including the Turkish Republic of Northern Cyprus (TRNC).

“Unless the countries that create the problems in the region change their maximalist and hostile policies, they cannot bring a solution to the problems,” it said.

The statement stressed that it will resolutely continue to protect the rights of both Turkey and Turkish Cypriots in the Eastern Mediterranean.

Pointing out that Greece and Egypt do not in fact share any sea borders, this August Turkey declared “null and void” a pact between the two countries meant to deny Turkey its rightful maritime territory.

Ankara has also said energy resources near the island of Cyprus must be shared fairly between the TRNC and the Greek Cypriot administration of Southern Cyprus.