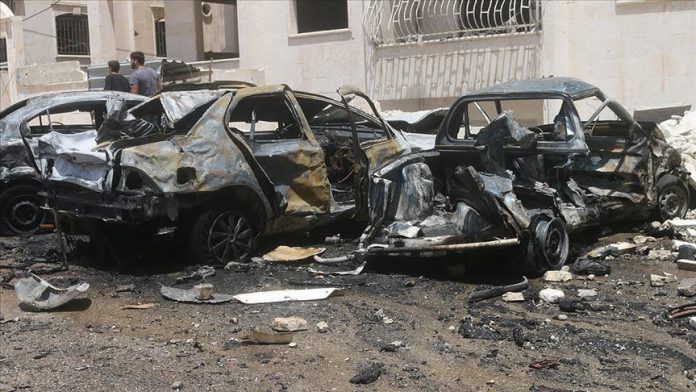 At least seven people were wounded in separate car bomb attacks in northern Syria on Thursday.

According to Anadolu Agency correspondent on the ground, the attacks targeted the district centers of al-Bab and Afrin, injuring five people.

The security forces suspect the attacks were carried out by the terror group YPG/PKK.

The terrorists also carried out mortar attacks on Inab village of Afrin. Two civilians sustained injuries due to attacks.