TurkishPress
Home News At least 54 killed in protests in Sudan 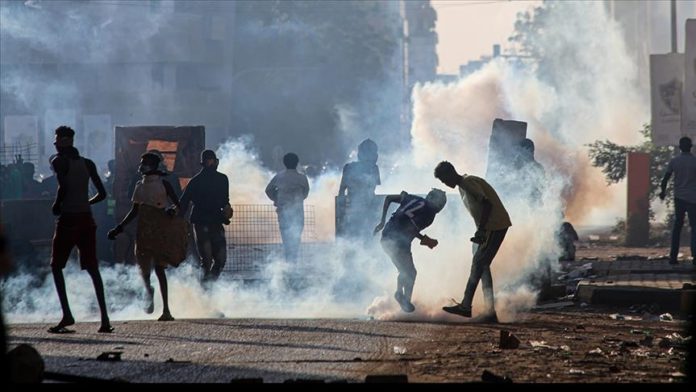 The death toll in protests demanding the restoration of civilian rule in Sudan has climbed to 54, a doctors group said Saturday.

According to a statement by the Central Committee of Sudanese Doctors, 23-year-old Abdullah Abbas, who was injured after being hit by a bullet in Thursday demonstrations against the military coup, succumbed to his wounds.

With Abbas’ death, the number of people killed in Thursday protests reached six, while the total number of confirmed deaths since Oct. 25 reached 54, a statement added.

On Thursday, protests took place in several areas in the capital Khartoum, Kasala, and Port Sudan in the country’s east, as well as the northern city of Atbara as people called for democratic civilian rule and decried a recent political deal between the military and Prime Minister Abdalla Hamdok.

The North African country has been in turmoil since Oct. 25, when the Sudanese military dismissed Hamdok’s transitional government and declared a state of emergency.

Hamdok was reinstated on Nov. 21 under an agreement with army chief Abdel Fattah Al-Burhan, in a move rejected by Sudanese political and civil forces as an “attempt to legitimize the coup.”

Before the Oct. 25 military takeover, Sudan was administered by a sovereign council of military and civilian officials overseeing the transition period until elections in 2023 as part of a precarious power-sharing pact between the military and the Forces of Freedom and Change coalition.