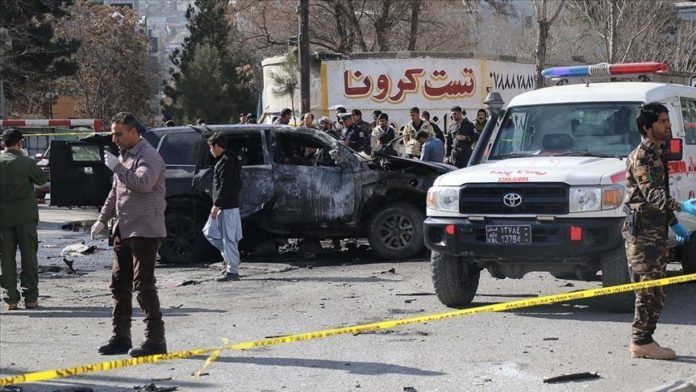 The provincial administration said in a statement that the attack occurred in the Spin Ghar district when three mortars hit a residential house.

The mortar shells were fired by pro-Daesh militants, according to District Governor Mohammad Yaseen.

He told Anadolu Agency two children were injured in the attack.

The attack came as President Mohammad Ashraf Ghani was visiting the province. Ghani has been on tour in some of the most restive provinces where the Taliban have made rapid advances since an exit plan was announced by US President Joe Biden.

A defiant Ghani said earlier this week that a strategy to bring security to the country was tabled because the Taliban seemed unwilling to make peace.

“The Taliban are not abiding their promises. They have not shown up for meaningful talks, but speaking via swords and the language of crude force,” he said in a traditional Muslim holiday address after offering prayers at the presidential palace.

On Tuesday, at least three rockets fell near the presidential palace, the Arg, in Kabul during Eid al-Adha prayers attended by Ghani and other senior officials.

The International Committee of the Red Cross, amid ensuing violence, said Wednesday that it received and treated up to 49,500 war-wounded civilians, mostly women and children, across Afghanistan in the first six months of 2021​​​​​​​.