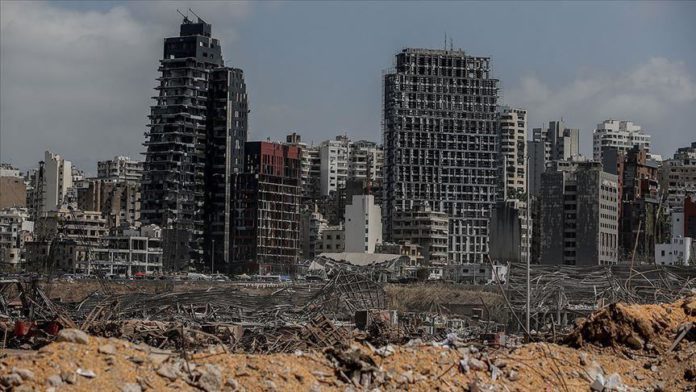 “Our teams on the ground are still verifying the reports and we fear that the death toll among Beirut’s refugee population of some 200,000 could rise further,” UN Refugee Agency spokesman Babar Baloch said at a twice-weekly news briefing.

He said seven refugees are still missing and another 124 were injured.

“Our immediate humanitarian response to the tragic blast covers the entire community – including Lebanese, refugees, and migrant workers. It focuses on the most vulnerable in the community and on two major areas – shelter and protection,” said Baloch.

At the same briefing, Tamara Alrifai, spokesperson for the United Nations Relief and Works Agency for Palestine Refugees (UNRWA), said that Lebanon is not new to crises.

“And Palestine refugees, the community that my agency represents and works for, are not new to tragedies. They’re the oldest refugee community in Lebanon.

She said that nearly 200,000 Palestinian refugees live in 12 camps in Lebanon.

“And it’s no secret that these camps are often a source of worry within the larger stability of Lebanon,” said Alrifai.

The death toll from the explosion in the Beirut port has risen to 171 and some 6,000 people are injured.

The powerful explosion last Tuesday shook the Lebanese capital to the core after 2,750 tons of ammonium nitrate stored in a warehouse caught fire.

Jens Laerke, spokesman for the UN Office for the Coordination of Humanitarian Affairs (OCHA), while noting a COVID-19 spike said: “The emergency in Beirut has caused many COVID-19 precautionary measures to be relaxed, raising the prospects of even higher transmission rates and a large caseload in the coming week.”

“Concerns grow that damage to the Beirut Port will exacerbate food insecurity, which was already growing amid COVID-19 pandemic and prolonged socio-economic crisis,” he added.

Elisabeth Byrs, spokeswoman of the World Food Program, said they are bringing a three-month supply of wheat flour and grains for bakeries and mills to help protect against food shortages across Lebanon as the country rebuilds its main port.

“Grain silos have been mostly destroyed, causing fears of skyrocketing food prices,” she noted, saying the first wheat shipment is due to arrive within 10 days.

Over 235K displaced in Idlib, Syria in last 2 weeks: UN