TurkishPress
Home News At least 30% of world must get vaccine, say developers 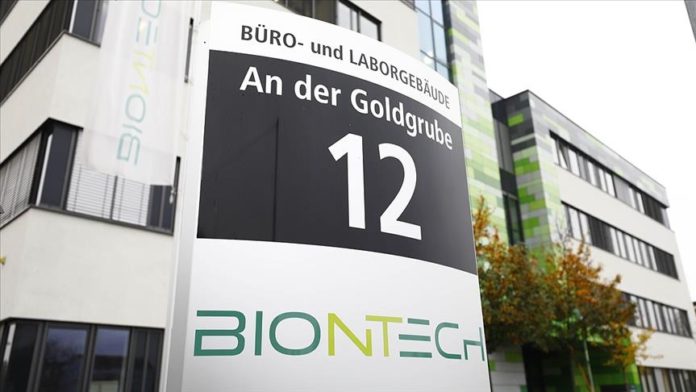 At least 30% percent of the world will have to be vaccinated to have an impact on the spread of the novel coronavirus pandemic, the biotech firm that developed one of the world’s major vaccine candidates said Wednesday.

“But, we will only get a full effect if we reach about 60 to 70% of people,” said Dr. Ugur Sahin, the CEO and co-founder of BioNTech said, adding that he expects this to be achieved by the end of next summer.

Speaking at a news conference in Manz, Germany, Sahin said it would be important for a vaccine to reach sufficient numbers of people to have an impact on the pandemic.

In response to a question whether the vaccine would be safe for people who had contracted and recovered from COVID-19, Dr. Ozlem Tureci, BioNTech’s other co-founder and Sahin’s wife, said they had included people who had been infected by the virus before in the trials and had not seen “any differences in the safety profile.”

The Turkish-German scientists also said they were waiting for the approval of the US Food and Drug Administration and European Medicine Agency (EMA) for emergency use of their COVID-19 vaccine by mid-December.

Answering a question on the distribution of the vaccine, Chief Business Officer Sean Marett said the number of orders would be determined by governments’ requests for dose numbers. He added that they would also consider the overall population of each country.

Clarifying that the Brexit process would not affect the distribution to the UK, the first country that will allow BioNTech/Pfizer vaccine’s use starting next week.

“I think we are distributing our product from our Belgium facility either by lorry or by plane. If there’s disruption then we’ll find another route,” he said.

Questioned on the duration of the vaccine’s protection, Tureci said this would only be clear after sufficient follow-ups with vaccinated participants in the trials.

The trials of the Pfizer/BioNTech COVID-19 vaccine included people with pre-existing conditions like diabetes, but not pregnant women so far, she added.

They said the vaccine has been approved for a wide range of age groups, including people above 65 and adolescents at the age of 16 or 17 years, though there have not yet been trials for those below age 12.

Tureci also noted there had been no differences in the vaccine’s efficacy across different ethnicities, genders or age groups.

US pharmaceutical firm Pfizer and German biotech firm BioNTech announced mid-November that their coronavirus vaccine candidate was 95% effective against the disease, and have since applied for approval from the US Food and Drug Administration and European Medicine Agency (EMA).

They have also initiated additional rolling submissions across the globe, including Australia, Canada and Japan, and plan to submit applications to other regulatory agencies around the world, according to the statement by the companies.

The US government has agreed to pay Pfizer and BioNTech $1.95 billion for 100 million doses — enough to vaccinate 50 million people — of the vaccine, while the EU Commission was pre-contracted to purchase 300 million doses and the UK has ordered 40 million.