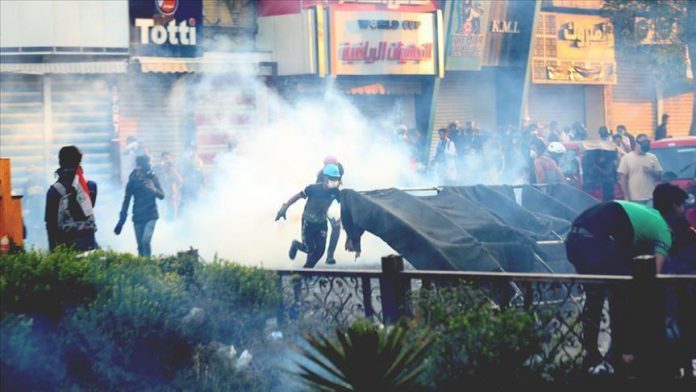 By Arif Yusuf and Hamdi Yildiz

At least 20 protesters were killed in the southern province of Dhi Qar province in Iraq, according to medical sources Friday.

The Health Department of Dhi Qar province source told Anadolu Agency that in addition to those killed by live ammunition, 160 others were injured, some in critical condition.

On Thursday, 32 Iraqi protesters were killed as security forces attempted to disperse protests in the southern city of Nassiriya. And at least 18 protestors were killed in clashes in