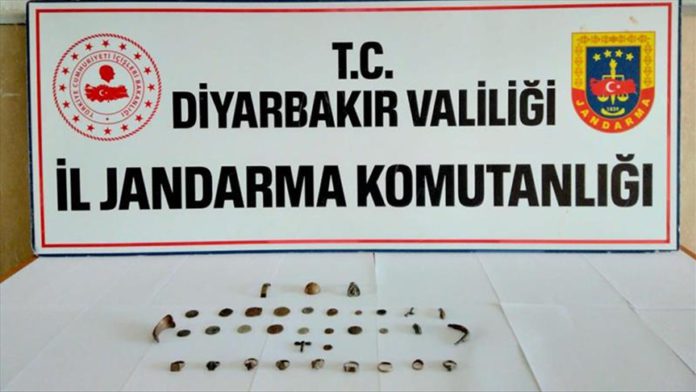 At least 188 historical artifacts were seized in Turkey on Friday, while four suspects were arrested, according to sources.

In the western Afyonkarahisar province, gendarmerie forces found 146 coins, five necklaces, a seal, and a ring in an operation in Sinanpasa district, said a security source on condition of anonymity due to restrictions on speaking to the media.

The source also said legal action was launched against three suspects nabbed during the operation.

In the southeastern Diyarbakir province, 35 more historical artifacts were seized in an operation, according to the governor’s office.

Local gendarmerie teams learned that a suspect was searching for a customer to sell the historical artifacts he has in hand.

The suspect was caught red-handed together with the artifacts, the governorate said.

The historical artifacts were delivered to the local museum authority.