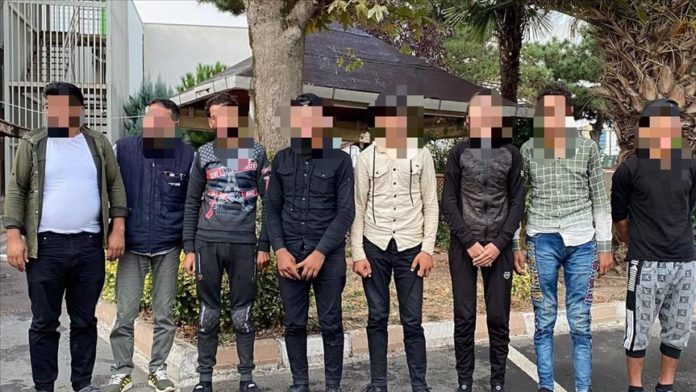 In the Kirklareli province, gendarmerie teams held seven Afghan nationals when they stopped a vehicle in the Yukarikanara village after a tip-off.

Meanwhile, another two migrants of Syrian origin were held near the Tatlipinar village in the same area.

The migrants claimed that they were beaten up in Bulgaria and sent to Turkey.

The migrants were held after police teams stopped a vehicle on the highway, said a statement from the provincial police department. The driver, accused of human trafficking, was arrested.

All migrants were sent to the local migration offices after routine procedures.

Turkey, which already hosts 4 million refugees, more than any country in the world, is taking new security measures on its borders to prevent a fresh influx of migrants.