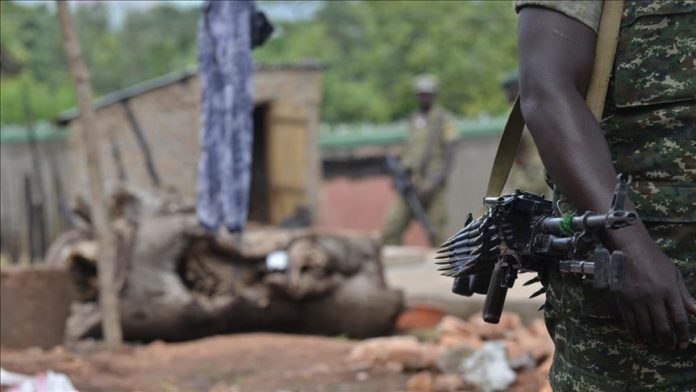 At least 14 soldiers were killed and eight others wounded in an ambush against a military convoy in Burkina Faso, the government said late Thursday.

The incident occurred on Wednesday along the Tinakof-Beldiabe road in Burkina Faso’s northern province of Oudalan.

“A unit of the Tin-Akoff military detachment in the province of Oudalan, Sahel region fell into an ambush on Wednesday perpetrated by a group of terrorists, killing 14 and eight wounded, three of whom were serious,” Communication Minister Remis Dandjinou said.

He said defense and security forces engaged in search operations to track down the perpetrators of the attack.

A security source who requested anonymity told Anadolu Agency that the Burkinabe army has “neutralize at least nine suspected terrorists.”

Dandjinou called on the populations to work together to put an end to terrorism which, according to a report published in August by the Economic and Social Council (CES) of Burkina Faso, has already killed more than 1,600 people since 2015.

The attack is the third recorded in the Sahel and north-central Burkina Faso since the start of the electoral campaign on Oct. 31.

“I have decided to suspend the activities of my campaign for 48 hours, following the terrorist attack on Tin-Akoff which caused the death of several soldiers […] Strength and honor to our national army resolutely committed to defending the Fatherland,” President Roch Kabore tweeted early Friday.

Kabore called on citizens “to pray for all the victims of terrorism, and in particular our valiant sons engaged on the front line.”

Burkina Faso is set to hold presidential and parliamentary elections later this month, but the presence of militant groups has disrupted voter registration in some parts of the country and could prevent people from casting ballots on the day.

A controversial new law passed by parliament in August – stating that votes will be counted irrespective of people’s ability to access polling stations on Nov. 22 – is also triggering fears of widespread disenfranchisement in already marginalized areas, according to The New Humanitarian.