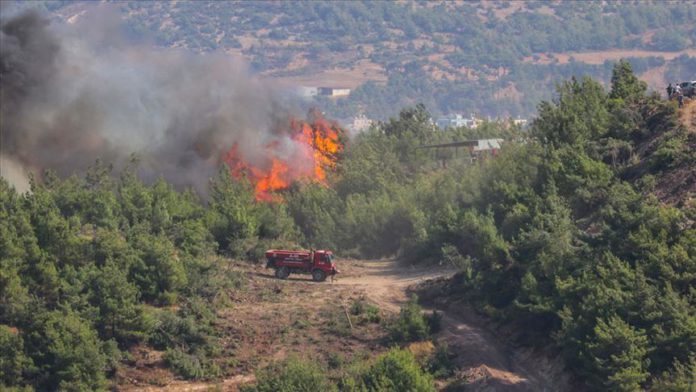 At least 10 people suffered minor injuries due to forest fires in southern Turkey, an official said on Saturday.

A fire broke out in the Belen district of Hatay province on Friday and authorities suspect it can be an arson case, Ibrahim Gul, the district mayor, told Anadolu Agency.

Some 10 people were slightly injured, while 20 houses and five vehicles were damaged in the blaze, he said.

Bekir Pakdemirli, Turkey’s agriculture and forestry minister, said fires in Hatay, which spread to three districts, has been brought under control.

He said an investigation has started, with four suspects already taken in custody.

Firefighters are also battling to contain another forest fire in the southern Osmaniye province, he added.

There have been no casualties in that blaze.