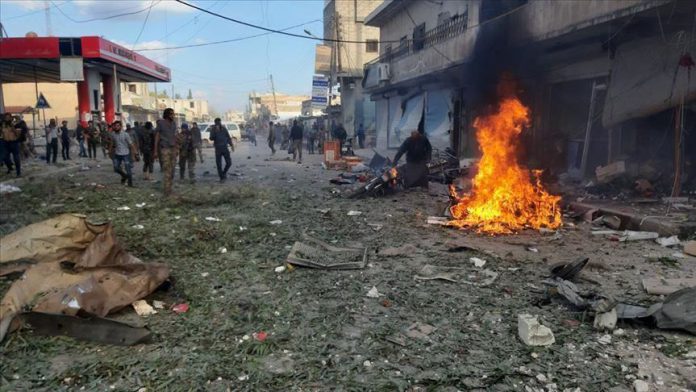 At least 10 civilians, including children, were killed and many others injured Saturday in a terrorist bomb attack in northern Syria, according to an Anadolu Agency correspondent on the ground.

A bomb-laden vehicle targeted a busy marketplace in Tal Abyad’s district center, according to initial reports.

As the wounded are referred to the nearby hospitals in Turkey’s border city of Sanliurfa, the death toll is feared to rise.

Turkey-backed Syrian National Army (SNA) rebels, who rushed to the scene, are evaluating the possibility of YPG/PKK terror group’s role in the attack.