TurkishPress
Home News At least 1 dead after partial building collapse in US; many missing 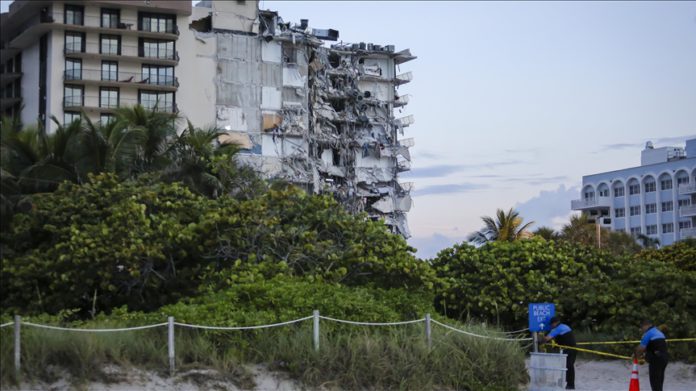 At least one person is dead and dozens are missing after a residential building partially collapsed in southern Florida during the early morning hours Thursday.

Surfside, Florida Mayor Charles Burkett said the building “pancaked” and squashed individual floors to mere feet between one another, leaving residents trapped in sprawling concrete and metal debris on the ground.

Search and rescue teams are using canines dogs to search the debris for missing persons but Burkett cautioned that the fact that the building collapsed in the manner it did reduces the likelihood that survivors will be found.

“There’s literally no reason for a building to go down like that unless someone literally pulls out the supports from underneath, or they get washed out, or there’s a sinkhole or something like that,” said Burkett, who has worked in property development. “That kind of thing should not be happening.”

A total of 51 people remain unaccounted for as rescuers search the wreckage after a wing of the 12-story beachfront condominium building collapsed, authorities said. About half of the 130 units collapsed.

First responders have rescued 35 people from inside the building with 10 being injured, two seriously enough to be sent to nearby hospitals, according to Miami-Dade Fire Rescue.

'Russia must end occupation of Ukraine for stability'