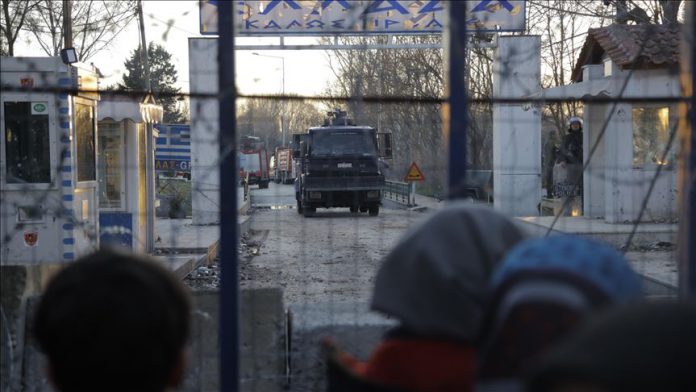 Asylum seekers at the Turkish and Greek borders on Monday staged a protest to push Athens to allow safe passage into European territory.

While their waiting continues in Turkey’s northwestern Edirne province, asylum seekers carried signs saying “We are human” and “We need help” near Greece’s Kastanies border gate.

In the two weeks since asylum seekers were able to reach the border, nearly 2,500 have been wounded by Greek border guards using disproportionate force and violence.

Last month, Turkey opened its borders for asylum seekers seeking a way to Europe, accusing the EU of failing to keep promises under a 2016