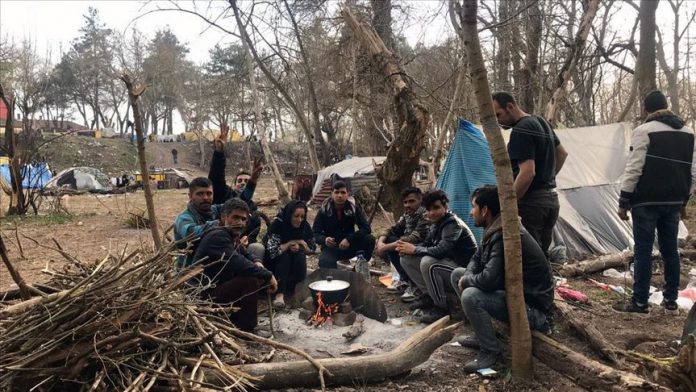 More than 3,000 asylum seekers have been camped near Turkey’s northwestern border with Greece for the last 11 days waiting to cross to Europe.

Some asylum seekers are waiting in the buffer zone between the Pazarkule-Kastanies border crossing and the adjacent fenced area. The elderly and children are the worst affected, especially when the temperature drops in the night.

The Turkish government is providing them three meals a day in the camps in line with its humane policy toward refugees.