TurkishPress
Home News ‘Asteroids can cause local catastrophes every 100 years' 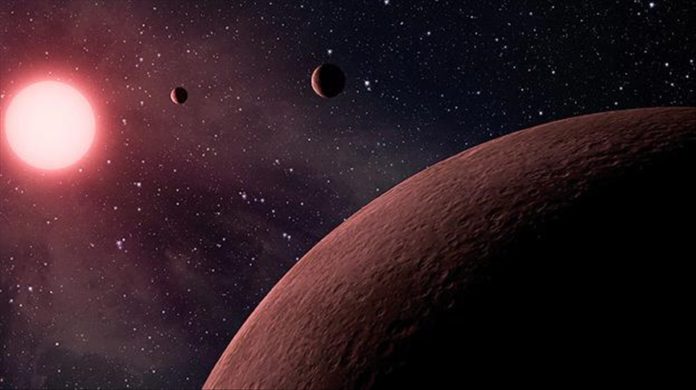 Asteroids larger than 50 meters (164 feet) can reach the Earth every 100 years and cause havoc locally, said an expert from the Turkish Space Agency, or TUA, as the world marks International Asteroid Day on Wednesday.

“With an average interval of 100 years, it is possible for rocky or iron asteroids larger than about 50 meters to reach the Earth’s surface and perhaps cause local catastrophes,” Ibrahim Kucuk, the head of TUA’s Space Sciences Department, told Anadolu Agency in an interview.

Noting that asteroids are pieces of rock and metal of various sizes and shapes orbiting the Sun, between Mars and Jupiter, in a certain path, Kucuk said that although asteroids are smaller than planets, they can be hundreds of kilometers across.

“With the ongoing international projects, the inventory of near-Earth objects (NEOs) is very close to being completed,” he said.

A NEO is generally defined as an asteroid or comet approaching Earth less than 1.3 times the distance from the Earth to the Sun. Earth-Sun distance is about 150 million kilometers.

So far, about 20 near-Earth asteroids more than 5 kilometers (3.1 miles) in diameter are known and there are only two available larger than 10 kilometers (6.2 miles), he added.

“Most NEOs pose no danger. It is a small percentage of potentially dangerous asteroids that interests us,” Kucuk said. “These objects are defined as objects approaching the Earth at less than half the Earth-Sun distance.”

The expert said every day the Earth is bombarded with tons of interplanetary material, and most of the incoming particles are so small that they are destroyed in the atmosphere before they even reach the surface.

“The vast majority of all interplanetary material that reaches Earth’s surface originates as fragments of asteroids that collided with each other nearly eons ago,” he said, adding these particles are often seen as meteors or meteor showers.

Asteroids that do not come closer than 7.5 million kilometers to Earth or are less than roughly 140 meters (459 feet) in diameter are not considered Potentially Hazardous Asteroids (PHAs), said Kucuk, and throughout history, hundreds of crashes have been reported, with some events causing death, injury, property damage or other significant local consequences.

“The most famous asteroid we know of crashed into Earth millions of years ago, causing the extinction of the dinosaurs,” he said. “One of the more recent and recorded crashes is the one that occurred in Siberia, Russia. On June 30, 1908, a 40 meter in diameter asteroid struck the Tunguska region in Siberia.”

The incident in Russia was recorded as “the most impactful and most significant” asteroid impact in recent Earth history, destroying a forest the size of a large city, he said.

Dedicated to this event, the UN declared International Asteroid Day on June 30, 2016, intending to raise awareness of the threat of collision with the Earth posed by celestial bodies in space.

Kucuk added that in 2013, another asteroid crash happened in the southern Urals of Russia which injured about 1,500 people, while the enormous shockwave shattered windows in a town’s buildings.

It was “a small asteroid about 20 meters in diameter” and crashed “at a speed of approximately 19 km/hour over the Chelyabinsk Oblast near the town of Chelyabinsk,” he said.

“On average, it is estimated that a Tunguska-sized asteroid can hit Earth every 500 years. On average, an asteroid big enough to form a large impact crater can enter Earth’s atmosphere every few thousand years,” Kucuk warned.

Preventing PHAs from crashing into Earth

Kucuk said the only way to eliminate the threat of an asteroid hitting Earth is to detect it and deflect it from its route.

“Many organizations, especially NASA, regularly scan the sky to identify celestial objects at risk of hitting our planet,” he said. “Once an asteroid is detected, we must determine and track its trajectory, taking multiple telescopic observations over days, months, and years.”

“Any impact will require an international disaster response,” he said.

Regarding Turkey’s work on the matter, Kucuk said TUA’s National Space Program aims to model the interaction potential of changes in the space environment within the scope of technological research on space weather.

“As TUA, we are planning to integrate with existing tracking systems with our current and potential to be developed,” he added.

Kucuk said although the asteroids are “potentially the most dangerous” because they can get close to Earth, they are also “very important in terms of the minerals they contain.”

“These minerals or raw materials can be used to develop structures for space exploration and to produce rocket fuel that will be needed to explore our solar system and establish colonies,” he said.

He said the mineral wealth in the asteroid belt between the orbits of Mars and Jupiter was calculated to be about “$100 billion in earnings for every person on Earth today.”