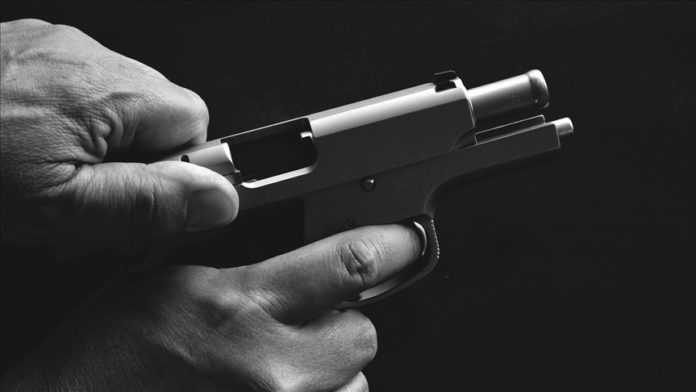 At a crucial moment in the fragile peace process, the raging Afghan conflict has entered a critical phase with a devastating string of targeted assassinations of government officials, and religious, political and civil figures, analysts said.

As the Afghan government and Taliban negotiators failed to move ahead with the stalled intra-Afghan negotiations in the Qatari capital Doha, the war-ravaged country witnessed a surge in such attacks. Since the start of talks on Sept. 12, the Afghan capital has seen scores of prominent figures killed, rockets fired at the presidential palace, and the country’s vice president narrowly dodged a deadly suicide attack on his convoy.

On Feb. 2, prominent pro-peace religious figure Mohammad Atif was killed in one such sticky bomb assault in Kabul. He was head of the central council of Jamiat-e-Eslah (Society for Reforms), a local civil society group engaged in Islamic teaching and mobilization.

A spokesman for the Kabul police Firdaus Faramarz told Anadolu Agency that the Islamic scholar – who has been pursuing a doctorate degree in neighboring Tajikistan for the past two years – was killed in a sticky bombing during the morning rush hour.

“Today [Tuesday] there were at least three such sticky bomb attacks in the city that killed two people and injured five others,” he said, referring to the types of targeted assaults that have almost become new normal for the bustling capital of the war-ravaged country.

According to people close to Atif, the 57-year-old was one of the founding figures behind Jamiat-e-Eslah. The group has a chain of religious schools, teachers training centers, and a private TV channel ‘Hilal’ (moon).

As no group has claimed responsibility for these attacks, the government has been pointing fingers at the Taliban and pro-Daesh militants.

President Mohammad Ashraf Ghani, while condemning the killing of Atif, said: “The Taliban must realize that through violence, terror, and intimidation it cannot achieve the evil goals of its masters, nor can it shrug off the responsibility for its crimes, or turn religious scholars away from the Islamic and national stance against terrorism.”

However, the Taliban, denouncing the killing of Atif, have been blaming “circles within the government” for sabotaging the peace process with such assaults.

While condemning Atif’s having been martyred Taliban spokesman Zabihullah Mujahid tweeted: “We extend our condolences to his family and friends and seek for him Jannah. We condemn the assassination of scholars, journalists, political and social figures and consider it a work of evil circles.”

In a declaration on Dec. 26, the Jamiat urged both the Taliban and the government forces to shun violence and end the bloodshed in the country. “The Central Council of Jamiat-e-Islah calls on the United Nations, the Conference of Islamic Countries, and neighboring countries to take real steps to end the war and bloodshed in Afghanistan and pave the way for regional trade, development, and cooperation.”

Former Afghan Air Force chief Gen. Atiqullah Amarkhail said the violence could further escalate as more time is lost in the stalled intra-Afghan peace talks. “It is a known fact that the Afghan conflict is also an international proxy war. The conflict has now entered a more deadly phase with such attacks,” he said while stressing an immediate cease-fire by the warring parties would help reach a consensus.

In August last year, the Jamiat lost another main figure Dr. Abdul Baqi – who was a member of the academic council of the Ministry of Education – in an identical assault in Kabul. Baqi was also active in peacebuilding efforts.

Prior to that, Mawlawi Ayaz Niazi was killed by a bomb blast. The explosive was concealed inside the mosque after evening prayers on June 2 last year.

The 54-year-old was widely respected for his wisdom and demeanor even during the turbulent years. Niazi was the prayer leader (imam) of the Wazir Mohammed Akbar Khan Mosque in the heavily guarded diplomatic zone of Kabul for decades and was widely watched on state broadcaster RTA during weekly Friday prayers.

Despite his long and close loyalty to the ruling Jamiat-e-Islami party, Niazi remained critical of the US involvement in Afghanistan and did not hesitate at times to extend sympathy to the Taliban.

Days after the attack, Niazi’s peer was killed in a mosque attack in the posh Karta-e-Char area. Mawlawi Azizullah Mofteh died of a bomb blast inside the mosque during Friday’s prayers on June 12 the same year.

Months after that, Waheed Mujda, a leading political analyst and expert on Taliban affairs, was shot dead in the city on Nov. 20. Mujda had the experience of working under the Taliban regime in the Foreign Ministry and was seen as a sympathetic person, as well as an expert voice on the insurgents.

Mujda was associated with the Hezb-e-Islami party of Gulbuddin Hekmatyar, a veteran Afghan mujahideen leader. He has published a variety of opinion articles and books on the situation in Afghanistan.

Kabul-based political analyst Sami Shamsi said the string of such attacks would only further weaken the country and lead to brain drain. “It is easy to exploit the weaknesses of the political and security systems, as well as the prevailing poverty in Afghanistan, for external and internal forces to stage such attacks,” he said.

The US Special Inspector General for Afghanistan Reconstruction said in a Jan. 30 report that over 800 civilians had been killed in such unclaimed, targeted assassinations in the past three months.

As per the Independent Human Rights Commission’s annual report, 2,958 civilians lost their lives in the country in 2020 due to the raging violence. According to findings by the rights commission, out of all civilian casualties in Afghanistan in 2020, the Taliban are responsible for 53%, the pro-government and its international ally forces are responsible for 15%, and ISIS/Daesh is responsible for 5%.

The Taliban, however, claim air and ground offensives by the Afghan forces in 22 provinces killed 35 civilians and wounded 48 others in past two weeks.

Kabul-based press freedom activist Zain Ullah told Anadolu Agency that journalists also seemed to be on the “hit-list” in this raging violence. He said warring parties in the country cannot silence the voice of journalists.

According to the Interior Ministry figures, 131 journalists have been killed in Afghanistan in the last 19 years. The Taliban are accused of killing 67 journalists.