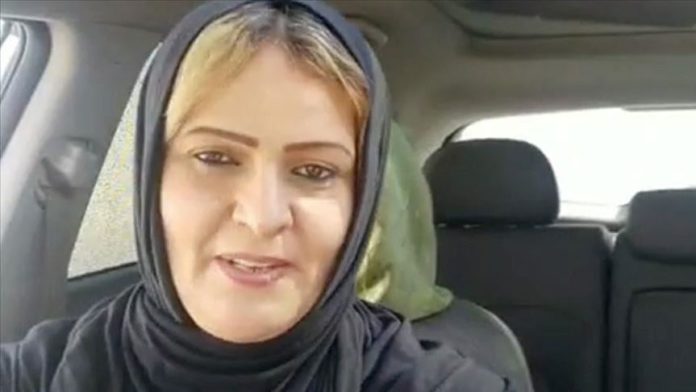 The assassination of a prominent Libyan activist in broad daylight in Libya’s eastern city of Benghazi has invited a storm of condemnations from across the world.

Hanan al-Barassi, an outspoken critic of abuses committed by militias of strongman Khalifa Haftar, was shot dead by gunmen in the city on Tuesday.

The Cyrenaica Commission in eastern Libya called in a statement on the international community to investigate Haftar’s crimes and “bring him to accountability instead of recognizing him”.

The Libyan Bar Association, of which Barassi was a member, denounced the assassination as a “heinous crime”, holding the unrecognized government in eastern Libya responsible for the killing.

“This crime will not silence the voices of the lawyers,” the association said in a statement.

Local authorities in Libya’s Eastern Province also called for an urgent and rapid investigation into the killing and for the criminals to be brought to justice.

Al-Barassi’s tribe, meanwhile, called on supporters to stage a rally outside the parliament headquarters in the city of al-Bayda on Wednesday to protest the killing.

Al-Barassi’s assassination occurred less than two hours after the activist appeared in a live broadcast on her official Facebook page, in which she criticized armed groups affiliated with Haftar.

In March, al-Barassi was kidnapped after her appearance in a video on social media in which she criticized Haftar and his policy in the eastern city.

“Ms. al-Barassi had been a vocal critic of corruption, abuse of power and human rights violations. Her tragic death illustrates the threats faced by Libyan women as they dare to speak out,” UNSMIL said in a statement.

“The killing of Ms. al-Barassi is a strong reminder for Libyans in positions of responsibility that they should put their differences aside and swiftly forge an inclusive solution to the protracted crisis to restore justice and accountability and end the prevailing climate of impunity,” it added.

The US Embassy in Libya also condemned the activist’s killing, saying al-Barassi “actively sought to fight corruption in Libya”.

“Silencing the voices of peaceful activists should not be tolerated and we reiterate our strong commitment to allowing all Libyans, including women and youth, to have a voice in their country’s future,” the embassy said in a statement.

The embassy went on to call on the Libyan authorities to investigate al-Barassi’s killing and bring all those responsible to justice.

A similar condemnation was expressed by the German Ambassador to Libya, Oliver Owcza, who described the assassination as “cowardly.”

In a tweet, Owcza said: “Perpetrators must be held accountable. Strong voices like hers working for a peaceful future of Libya will keep guiding our cooperation.”

Amnesty International also denounced the killing, saying it “has consistently criticized a number of individuals associated with armed groups in eastern Libya,” referring to Haftar’s militia.

“She [al-Barassi] had been receiving death threats against her and her daughter as a result,” the London-based rights watchdog tweeted.

Amnesty called for an urgent investigation into the assassination and for those responsible to be brought to justice.

The Geneva-based Euro-Mediterranean Human Rights Monitor said: “Total impunity enabled militias and murderers to end activists’ lives simply for expressing their views amid an utter silence from the international community”.