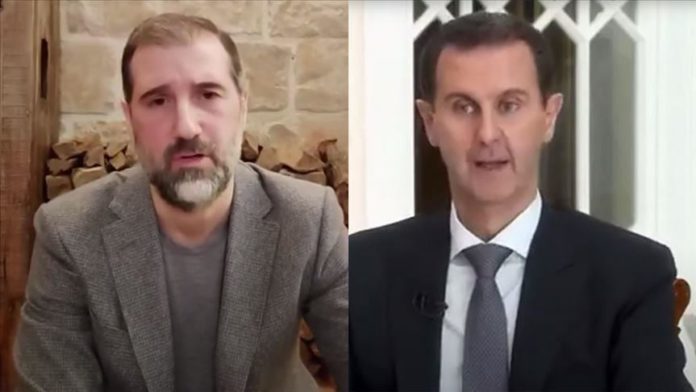 Rami Makhlouf, a Syrian business tycoon and billionaire cousin of the head of the Syrian regime, Bashar al-Assad, announced Tuesday that he has taken his dispute with the regime to jurisdiction.

“The biggest fraud operation in the Middle East is taking place under the umbrella of security in favor of the ‘war profiteers’. These are not only impoverishing the country, but also plundering humanitarian organizations,” Makhlouf, whose properties in the country were seized by the Assad regime, said on Twitter.

Makhlouf said that he reported those who seized his companies to the chairman of the Supreme Judicial Council.

“Today I sent a letter to the chairman after many previous letters we sent to the government remained unanswered. We expect him to address the issue and give the poor their rights. It was the only institution seized by the regime that dealt with the poor. I will share the content of the article in the coming days. We have full confidence in the chairman,” Makhlouf said.

In early May, Makhlouf has released video clips complaining about being asked to pay additional billions of Syrian lira in taxes as well as threats by security apparatus against his employees.

Syrian activists, however, downplayed Makhlouf’s videos as nothing but a “game” to portray the regime as if it was fighting corruption.

Activists note that the tycoon’s videos coincide with high cost of living and an unprecedented decline in the purchasing power of citizens residing in regime-controlled areas.

Observers opine that the tycoon’s Facebook videos unveil a split in the circle close to al-Assad as well as the regime’s deteriorating economic policies and its need for funds.

The Syrian economy has seen a significant decline since the outbreak of the Syrian uprising and subsequent military operations.