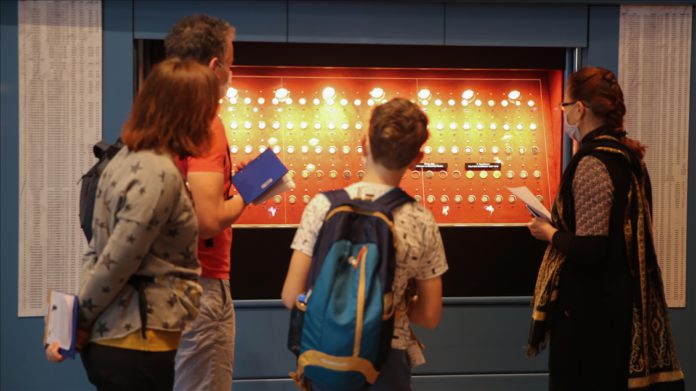 The Bashar al-Assad regime used nearly 82,000 barrel bombs in nine years of attacks on civilian settlements under the control of the opposition in different parts of Syria, a monitoring group said Friday.

The use of barrel bombs has not been recorded in 2021 in Syria.

Since 2012, the regime has used barrel bombs filled with poison gas in 93 attacks.

The provinces most targeted were Damascus, Aleppo, Daara and Idlib but the most casualties were reported in Aleppo.

The bombs also were used in at least 728 attacks on civilian facilities, including 104 on medical facilities, 205 against mosques, 188 on schools and 57 targeting markets.

The regime used barrel bombs as a tool to displace civilians, and millions of civilians were displaced as a result of attacks by the regime and its supporters, the report said.

Attacks were carried out with barrel bombs because of their low cost, around $50, but their massive destructive effect.

It mostly targets civilian areas with the bombs and aims for the highest number of casualties and greatest destruction.

The regime’s use of chemical weapons was previously confirmed by UN investigators as well as the Organization for the Prohibition of Chemical weapons.

Assad forces’ use of chlorine as a chemical weapon is a violation of its obligations under the Chemical Weapons Convention, to which it is a party, as well as UN Security Council Resolution 2118.

Syria has been embroiled in a vicious civil war since early 2011 when the Assad regime cracked down on pro-democracy protests with unexpected ferocity.

Pakistan rejects US criticism of its judicial system