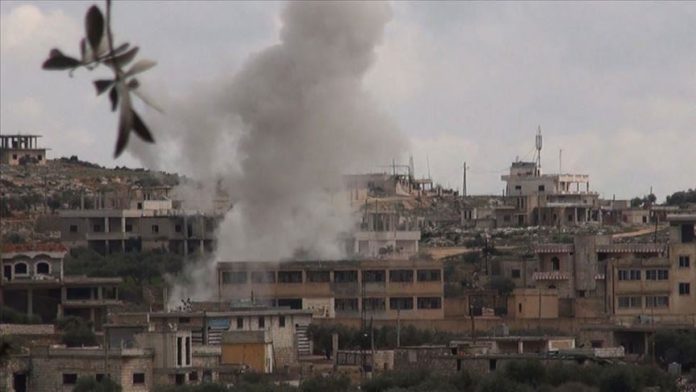 Forces of Syria’s Bashar al-Assad regime violated the latest ceasefire agreement between Turkey and Russia 10 minutes after it was implemented.

Anadolu Agency correspondents said that by the end of the first day of the ceasefire, regime forces had violated the agreement 15 times.

The regime, which continued the violations Saturday and Sunday, engaged in harassment fire with a machine gun on a Turkish military convoy transporting supplies.

Elements of the regime also fired three mortar shells near another unit.

Harassment fire overnight by regime artillery in villages in Syria’s Idlib province continued for about an hour.