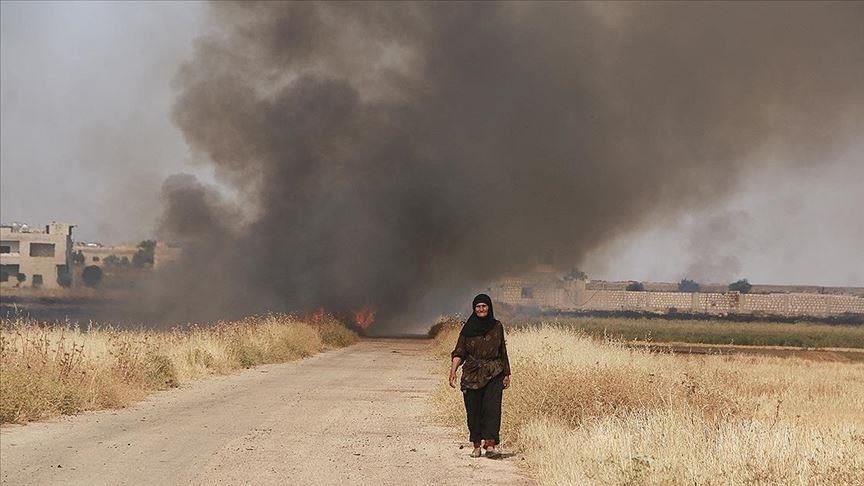 Syrian regime forces and Iran-backed foreign terrorists are burning crops cultivated by civilians in Idlib and Aleppo in an attempt to starve the local population, sources have told Anadolu Agency.

According to the sources, regime forces stationed in the northeast of Idlib launched mortar attacks in the town of Taftanaz, setting cultivated fields there ablaze.

Hatib said harvesting machines working in the fields were destroyed.

“These attacks were meant to starve the civilians,” he said.

Regime forces usually attack cultivated fields in an attempt to put civilians living in opposition-held areas in a tough situation during the summer season.

Similar attacks were staged by regime forces in 2018 and 2019 in the Idlib countryside, burning tens of hectares of wheat and barley fields.