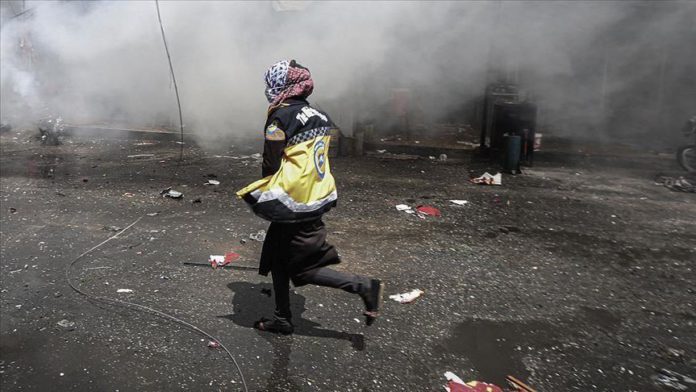 The attacks violated a March 5 cease-fire agreement between Turkey and Russia to de-escalate disputes.

The area, lying along Turkey’s southern border, has been the subject of multiple cease-fire violations by the regime and its allies.

An influx of displaced civilians has increased the area’s population to about 4 million in recent years.

Turkey's President Erdogan speaks at the opening ceremony of the Ibn...