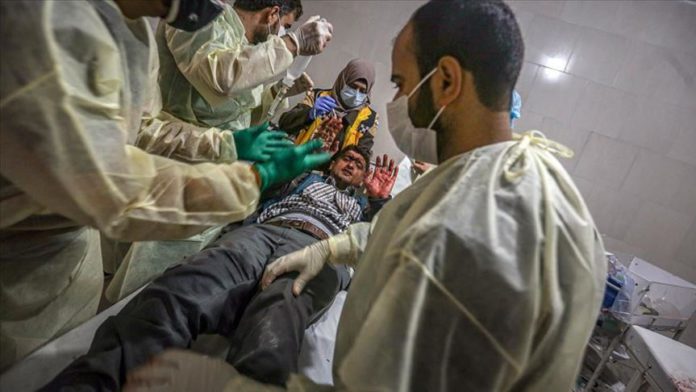 Seven civilians were killed and 13 others injured in regime artillery shelling of civilian areas on Wednesday in Syria’s northwestern Idlib province, according to the White Helmets civil defense agency.

The White Helmets said regime attacks left four civilians dead in Ariha city, two in Kafarya village and one in Idlib city. Another 13 civilians were wounded by the shelling and were transferred to nearby hospitals.

In May 2017, Turkey, Russia and Iran announced that they had reached an agreement to establish a de-escalation zone in Idlib, as part of the Astana talks on Syria.

Despite subsequent understandings that were concluded for the ceasefire in Idlib, the most recent of which was last January, the regime forces and their allies continued their attacks on the region.

Since January 2019, the attacks have killed more than 1,800 civilians and displaced more than 1.94 million people who fled to relatively calm areas or close to the Turkish border.

On March 5, Turkish President Recep Tayyip Erdogan and Russia’s Vladimir Putin announced that they had reached a ceasefire agreement in Idlib, which took effect the next day.