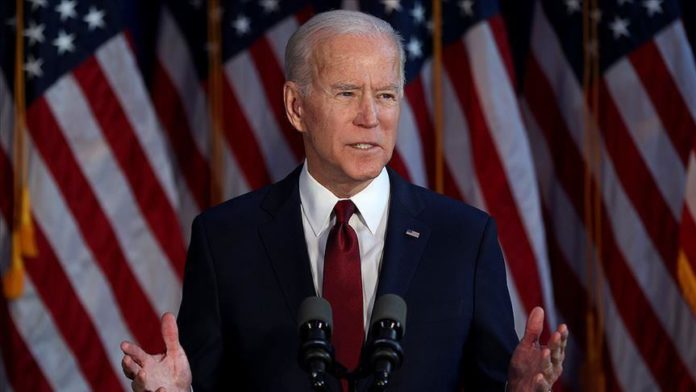 Leaders of Asian nations took to Twitter on Saturday to congratulate US President-elect Joe Biden for his win in the presidential election.

The leaders in separate messages said they will work to strengthen bilateral relations and peace in the region.

“Congratulations @JoeBiden & @KamalaHarris. Look forward to President Elect Biden’s Global Summit on Democracy & working with him to end illegal tax havens & stealth of nation’s wealth by corrupt ldrs [leaders]. We will also continue to work with US for peace in Afghanistan & in the region,” said Pakistan Prime Minister Imran Khan.

Biden won the crucial state of Pennsylvania earlier Saturday to secure the necessary 270 Electoral College votes needed to claim the White House, according to The Associated Press and other news organizations.

Biden now holds a commanding 290 Electoral College votes after the AP also called the state of Nevada for the president-elect.

Japan’s Prime Minister Yoshihide Suga said he would work for peace in the Indo-Pacific region.

“Warm congratulations to @JoeBiden and @KamalaHarris. I look forward to working with you to further strengthen the Japan-US Alliance and ensure peace, freedom, and prosperity in the Indo-Pacific region and beyond,” he said.

Indian Premier Narendra Modi said he looked forward to working with Biden again and vowed to strengthen India-US relations under the new administration.

“Congratulations @JoeBiden on your spectacular victory! As the VP, your contribution to strengthening Indo-US relations was critical and invaluable. I look forward to working closely together once again to take India-US relations to greater heights,” Modi wrote.

In a separate tweet, Modi greeted Harris, who is Black and Indian-American.

“Your success is pathbreaking, and a matter of immense pride… for all Indian-Americans. I am confident that the vibrant India-US ties will get even stronger with your support and leadership,” he said.

Jacinda Ardern, who was sworn-in Friday for a second time as Prime Minister of New Zealand, lauded the “message of unity” of the Biden campaign.

“Congratulations President-elect @JoeBiden & @KamalaHarris on your victory in the US Presidential election. With so many issues facing the international community, your message of unity is one we share. New Zealand looks forward to working with you both!” she said.

Wishing success to Biden and his deputy, Harris, Australian Prime Minister Scott Morrison said: “The Australia-US Alliance is deep and enduring, and built on shared values. I look forward to working with you closely as we face the world’s many challenges together.”

The American states of Georgia, North Carolina and Alaska remain outstanding several days after Tuesday’s election, but it is now mathematically impossible for Trump to win re-election without a major change in vote counts.

“America, I’m honored that you have chosen me to lead our great country,” Biden said on Twitter ahead of a public address expected later Saturday.

“The work ahead of us will be hard, but I promise you this: I will be a President for all Americans — whether you voted for me or not. I will keep the faith that you have placed in me,” he said.

Protesters in Spain clash with police over curfew