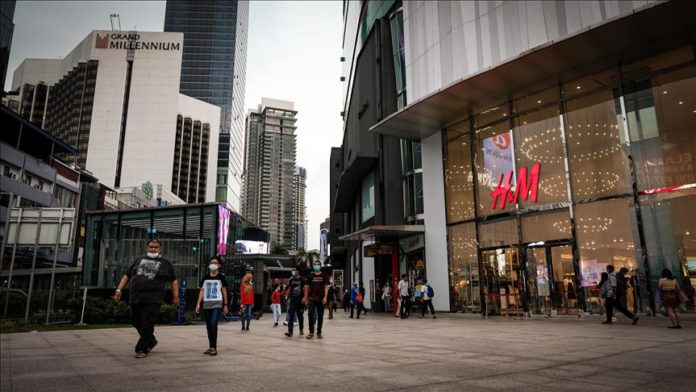 With their numbers increasing daily, thousands of health workers across the Asia-Pacific region are risking their lives while curbing the spread of COVID-19.

According to data compiled by Anadolu Agency, a total of 11,622 health workers in the region have tested positive for the novel coronavirus while 147 have succumbed to the virus, which emerged in Wuhan, China last December.

The number of doctors, nurses and paramedical staff infected with the virus across Pakistan has reached 3,196, according to latest data from the National Emergency Operations Center.

The data also showed that at least 31 health workers including 20 doctors, one medical student, two nurses and eight allied staff have lost their lives fighting the pandemic.

In India, a total of 1,028 health workers have been infected and 34 have died so far, according to local media reports.

In Afghanistan, 13 health workers have died and 346 are infected, while Sri Lanka and Myanmar have reported one case of infection in health workers each.

According to the Ministry of Health and Population in Nepal, at least 16 health workers including four doctors, eight nurses and other axillary staff have tested positive for the virus.

According to health officials in Bangladesh, a total of 24 health workers, including 13 senior doctors and two nurses, have died in the country.

Moreover, so far, a total of 2,000 health workers including 1,100 doctors and 900 nurses and other paramedical staff have been infected with the virus across the country.

China’s National Health Commission in February confirmed that more than 3,380 healthcare workers nationwide had been infected and at least 34 had died.

On the other hand, the death of a doctor on June 3 at Wuhan’s “whistleblower hospital” created the danger of a second wave of the deadly virus.

According to media reports, Hu Weifeng, 42, was a urologist at Wuhan Central Hospital, where the whistleblower ophthalmologist Li Wenliang also worked.

The Philippines’ Department of Health reported that the number of infected health workers has risen to 2,314, with the majority of infections seen in nurses and physicians, while 34 have died.

In many countries across the region, health workers have been protesting to the authorities for not providing personal protective equipment (PPE) to frontline health workers in the face of the coronavirus outbreak.

“India is the [world’s] second-largest manufacturer of PPEs, but still we do not have enough of them to save our own doctors,” said Dr. Rajan Sharma, president of the Indian Medical Association.

On the other hand, Pakistani Prime Minister Imran Khan’s special assistant on health Dr. Zafar Mirza, said: “No matter how much personal protective equipment we provide to doctors and nurses, unless it is used rationally, no quantity will be enough to meet the demand.”

COVID-19, the respiratory illness caused by the coronavirus, has so far infected more than 7.36 million people in 188 countries and territories worldwide, and over 416,000 of them have died, according to data compiled by US-based Johns Hopkins University.

“The treatment of this illness or the scientific data related to it is still under review. New information is coming out every day, and in this situation, doctors can only guide the patients about precautionary measures,” Dr. Sharma told Anadolu Agency.

With already fragile health systems, India and Pakistan have seen cases where people have become outraged while some blaming the doctors for the spread of virus.

“There were so many cases where the doctors were abused verbally and physically for allegedly spreading the disease. This attitude will just make the situation worse. People have to understand that this pandemic cannot be over until every individual takes responsibility,” said Dr. Sharma.

Despite the numbers of coronavirus cases are increasing every day in many countries across the region, including India, Pakistan, Bangladesh and Indonesia, the governments are easing restrictions and adapting smart lockdowns — in which restrictions are being lifted in phases — despite pleas from doctors for strict lockdowns.

“Due to the decision of easing the lockdown, we will see a rapid spike in already fast-increasing coronavirus cases in the country around the end of June and mid-July,” said Qaisar Sajjad, secretary-general of the Pakistan Medical Association.

The World Health Organization wrote a letter to the government of Pakistan in which it strongly recommended an additional two weeks of strict lockdown as it will reduce the number of new patients.

“The government should take its head out of the sand and accept the reality that it’s a fatal disease. The Asia-Pacific region was the least prepared for this pandemic,” said Dr. Shaper Mirza, a professor of infectious diseases at the Lahore University of Management and Sciences.

“As a result, doctors not only ended up being infected themselves but also transmitting it to other patients, Mirza told Anadolu Agency.

Government officials from many countries are claiming the situation is “under control,” but doctors believe they have already seen the health system stretched to its maximum capacity.

“This is a terrible time where doctors have to pick and choose between a civil patient and a doctor-patient due to limited resources,” said Sajjad.

Dr. Salman Haseeb, President of Young Doctors Association Punjab said: “PPE doesn’t even require a huge investment. It can be produced locally. Many private entrepreneurs are manufacturing it at a low cost, but they are not able to meet the demand. A surplus amount of PPEs can play a significant role in saving the doctors from getting this infection.”