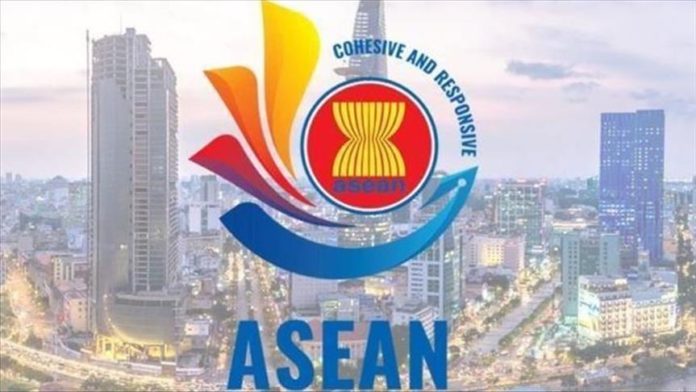 Referring to the upcoming summit of the Association of Southeast Asian Nations (ASEAN), Fortify Rights said: “ASEAN should work with the newly formed National Unity Government in Myanmar and the broader international community to bring an end to the Myanmar military junta’s attacks and ensure a transition to democratic, civilian rule.”

The Southeast Asian bloc is scheduled to hold a special summit on Myanmar on Saturday in Jakarta, sidelining the National Unity Government (NUG) from the discussions.

Myanmar’s ousted parliamentarians, anti-coup protest leaders, and representatives of ethnic minorities of the Buddhist majority country formed the NUG on April 16 with the commitments to end military rule and build a federal democracy.

Addressing the special summit “as an opportunity to collectively reject the February 1 coup,” Wolff added that ASEAN should recognize the legitimacy of the civilian unity government and garner collective support for economic sanctions and an arms embargo against the Myanmar military.

He termed the unresponsive stance of ASEAN to the human rights abuses in Myanmar in the guise of “non-interference” as a “flawed policy” and said: “ASEAN member states should coordinate with the international community to bring effective pressure to bear on Myanmar’s murderous regime.”

“It is also a travesty that Min Aung Hlaing has been invited to attend while the National Unity Government has been shunned. This is someone who the United Nations and others have accused of genocide. He should face a courtroom for his crimes – not be given the red-carpet treatment,” said Tun Khin, the president of BROUK.

Since the February 1 coup, junta-controlled security forces in Myanmar reportedly killed more than 700 people and detained above 3,000 in a brutal, nationwide assault.

It has also cut internet access and mobile data nationally, preventing the population from communicating with each other and beyond.

Underlining the ASEAN special summit as a “last chance,” Khin said that the bloc must take firm action against the Tatmadaw [Myanmar military], including by imposing an arms embargo against Myanmar and individual sanctions on senior military leaders.

“ASEAN should also immediately suspend Myanmar’s membership as long as the military remains in power.”

Referring to ASEAN’s failure during brutal military clampdowns on Rohingya in 2016 and 2017, Khin added: “This military will not stop committing crimes unless the international community acts, starting with the Summit in Jakarta this weekend.”