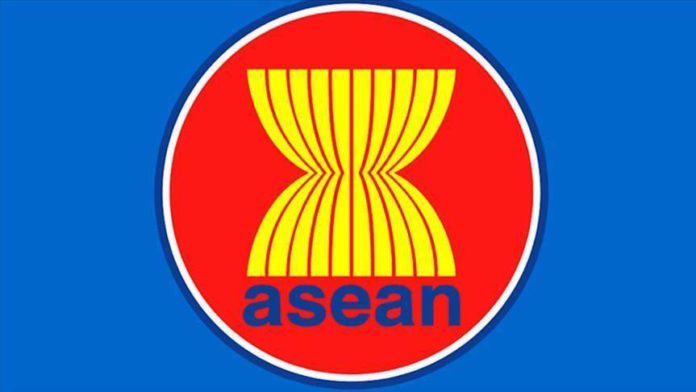 The 36th ASEAN Summit opened virtually in Hanoi, Vietnam, on Friday, as the online meeting saw the participation of leaders of the bloc’s 10 member countries.

Addressing the video-conference, Vietnamese Prime Minister Nguyen Xuan Phuc highlighted the COVID-19 pandemic, which is hitting the region hard, as the theme of the summit.

He lauded the spirit of solidarity and coordination among member countries in fighting the virus, and called for stronger cooperation to effectively cope with the pandemic.

“Vietnam will continue to closely work with other ASEAN member states in the battle,” said Phuc.

He also quoted a recent World Bank report, which projected that the global economy would experience a serious decline with a 5.2% contraction in global GDP.

“Per-capita income would drop by 3.6%, and 70 to 100 million people would fall into extreme poverty, and the risk of social instability would mount,” said Phuc, quoting the report.

“Countries need to uphold the spirit of solidarity, cooperation and the sense of responsibility towards the international community,” he added.

Phuc also thanked the bloc’s leaders and partners, who have joined their hands with Vietnam – the bloc’s current chair – in the collective response against the pandemic, especially the strong commitments the have pledged at the Special ASEAN and ASEAN Plus Three summits on COVID-19 in April.

Meanwhile, Malaysia called upon the international community to condemn and reject the Israeli annexation plan of parts of the Occupied Palestinian Territory in the West Bank.

“Malaysia strongly condemns and rejects Israel’s recent announcement to implement its plan to annex parts of the Occupied Palestinian Territory in the West Bank,” he said at the Summit.

Until now, COVID-19 infections in the Southeast Asia region have approached 140,000 with more than 4,000 fatalities.

Indonesia remains the country with the highest cases in the region with 50,187 cases and 2,683 deaths.

ASEAN Secretary-General Lim Jock Hoi said that due to the pandemic, for the first time in the last 23 years, the bloc experienced economic contraction, Indonesian Foreign Minister Retno Marsudi quoted him as saying in a brief press conference after the meeting.

According to Marsudi, who attended the virtual meeting from Jakarta, Lim said that despite the difficult conditions, ASEAN had successfully taken swift action in dealing with the pandemic and coordinating solidly with partners.

“In the health sector, ASEAN is working to form a regional pandemic responsive fund that has been discussed both since the April summit and we are trying to resolve it,” she continued.

Marsudi said the secretary-general also stressed the ongoing cooperation in each of the ASEAN pillars: economy, security, and culture.

“For the ASEAN Political Security Community, in the pillar of politics and security in counter-terrorism cooperation, transnational organized crime, we will continue to cooperate,” she added.

Referring to the area of economic cooperation, the top Indonesian diplomat also noted that the plan to sign the Regional Comprehensive Economic Partnership Agreement indicated ASEAN’s efforts to support the multilateral trading system.