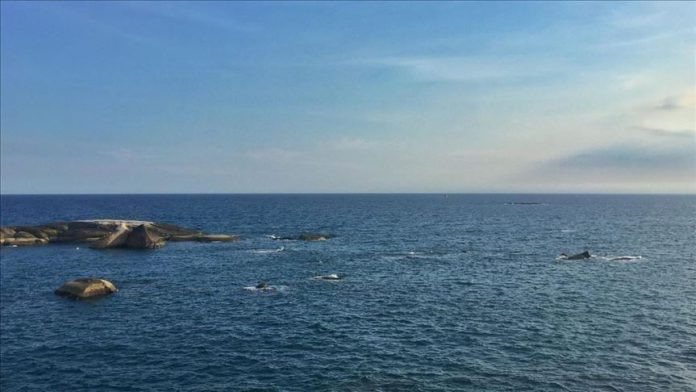 The Association of Southeast Asian Nations (ASEAN) on Thursday expressed its hope for an “effective and substantive” code of conduct for all activities in the South China Sea.

“ASEAN has also expressed consistently its principled position and a strong commitment to turning the South China Sea, a critical sea lane of the region and the world, into a sea of peace, stability, security and safety for the free flow of goods, where differences and disputes are settled through peaceful means, where the law is fully respected and observed, and common values are upheld,” he said.

Nguyen underscored the importance of the 1982 United Nations Convention for the Law of the Sea (UNCLOS) as the legal framework within which all activities in oceans and seas must be carried out.

“At the same time, we look forward to the early conclusion of the code of conduct which is effective, substantive and consistent with international law, particularly the 1982 UNCLOS,” he added.

Given the US-China rivalry, he said, it is very normal that both of them want ASEAN nations on their side, making it imperative for the bloc “to maintain its balance and strengthen mutually beneficial cooperation.”

In 2019, ASEAN and China completed the first reading of the draft of the code of conduct that was announced at the ASEAN Ministerial Meeting in Singapore a year earlier.

The code of conduct is expected to be finalized by 2021 to resolve conflicts in the resource-rich sea.

The South China Sea – a crucial passage for a significant portion of the world’s commercial shipping – is bordered by Brunei, Cambodia, China, Indonesia, Malaysia, the Philippines, Singapore, Taiwan, Thailand, and Vietnam.

The Vietnamese premier said the bloc has agreed to establish the ASEAN Center for Public Health Emergencies and Emerging Diseases with Japan’s assistance.

He said the project will enhance the capacity of member states to respond to medical emergencies and future epidemic threats.

Nguyen added that ASEAN nations were working together in the fight against the coronavirus pandemic.

He said some $10 million have been pledged for the bloc’s COVID-19 Response Fund and the money will be used to assist any country when needed.

As of Thursday, more than 1 million coronavirus cases have been recorded across Southeast Asia, with a death toll nearing 25,000.

Ukraine to respond to detention of diplomat in Russia