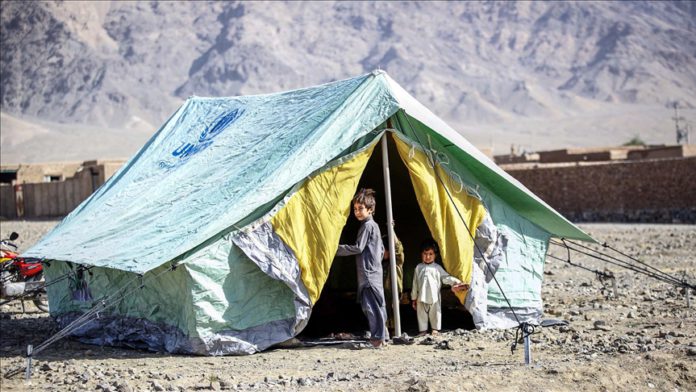 Food is running out as winter approaches and essential services in Afghanistan face collapse, the UN Office for the Coordination of Humanitarian Affairs (OCHA) warned on Tuesday.

“Basic services in Afghanistan are collapsing, and food and other life-saving aid is about to run out,” said OCHA Geneva spokesperson Jens Laerke at a UN press conference.

“As we heard, the UN secretary-general has warned of a humanitarian catastrophe.”

Laerke said so far this year 8 million people in Afghanistan have received assistance, but many more are in need since the Taliban took over.

He said the UN hopes to raise more than $600 million in appeals for the country when Secretary-General Antonio Guterres opens a high-level ministerial humanitarian meeting in Geneva on Monday.

It is “fully funded, the appeal will deliver critical food and livelihood assistance to nearly 11 million people and essential health services to 3.4 million people,” he said.

It will provide treatment for acute malnutrition for more than a million children and women and water sanitation and hygiene interventions for 2.5 million people, he added.

“We are saying that around 600,000 or more have been displaced since the beginning of 2021,” said Baloch, and total internal displacement in the landlocked country is 3.5 million, he said.

“In the words of the secretary-general and everyone else, it should not be allowed to become a humanitarian catastrophe in that sense. That’s why the world has to act, and it has to act now,” said Baloch, who is based in Pakistan near the Afghan border.

Rein Paulsen, Food and Agricultural Organization director of emergencies, explained that 70% of all Afghans live in rural areas, and agriculture generates 25.5% of GDP.

It directly employs 45% of the workforce and provides livelihood benefits to 80% of the population.

“The window of opportunity to assist farmers for the fast-approaching winter wheat season is narrow and time-bound. Seeds can’t wait. Farmers can’t wait. We must scale up support now before it closes,” said Paulsen, speaking from Islamabad, Pakistan’s capital.

“Failure to do so will drive up hunger and displacement in the short term and inflict devastating long-term effects on the livelihoods of rural families.”

He said that in addition to winter wheat, Afghanistan’s entire agricultural sector is reeling from a severe and ongoing drought, and 7.3 million people who rely on agriculture and livestock have been badly affected.

“Drought now affects 25 out of 34 provinces,” said the FAO official.