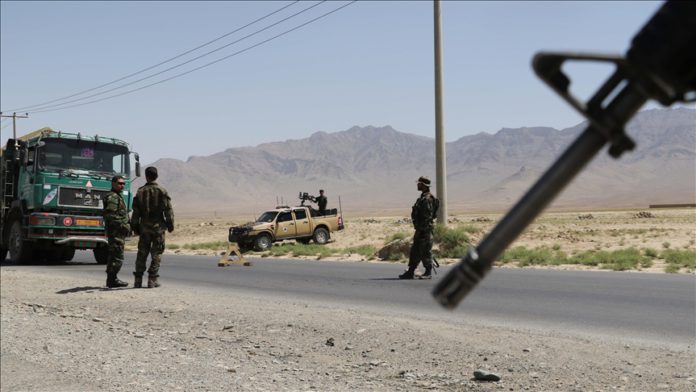 Russia, Pakistan, Iran, and India are among a raft of countries that have suspended or limited operations of their consulates in Afghanistan’s northern Balkh province, officials confirmed on Monday.

Local authorities in Balkh said the missions have not given a clear reason for the move, which comes as clashes between Afghan forces and the Taliban have flared up amid the ongoing withdrawal of foreign troops.

Farhad Azimi, spokesperson for the provincial governor, said consulate officials were assured that their buildings would be protected at all costs.

“However, it seems they were concerned about the situation and have decided to restrict operations. Some of them said they were going to Kabul to consult with their ambassadors,” he told Anadolu Agency.

Russia’s consulate in Mazar-e-Sharif, capital of Balkh, has “temporarily halted its operations because of the worsening situation in northern Afghanistan,” Russia’s TASS news agency quoted a senior official as saying.

“The situation is unstable. Afghan troops have surrendered too many districts. Naturally, that triggers anxiety. So, many consulates [of other countries in Mazar-e-Sharif] have temporarily suspended their work pending clarification of the situation,” said Zamir Kabulov, Russia’s presidential envoy for Afghanistan.

Pakistani authorities, however, stressed that claims of their consulate being closed were “factually incorrect.”

“The Consulates General of Pakistan in Afghanistan, including Mazar-e-Sharif, are open and functioning normally,” read a statement by the Pakistani Embassy in Kabul.

“However, due to deteriorating situation of COVID-19 in the country, the Embassy and all Consulates General in Afghanistan, including Mazar-e-Sharif, have temporarily closed its consular sections for issuance of manual visas. However, on-line visa services are operational and issuing visas on daily basis.”

Turkey’s Embassy in Kabul said its consulate in Mazar-e-Sharif remains open, as it advised Turkish citizens against travelling to the northern provinces of Afghanistan, including Balkh.

India also urged its citizens in Afghanistan to exercise utmost vigilance and caution amid escalating violence.

The US Embassy clarified that it will continue to have “a robust diplomatic presence in Kabul.”

“We have no plans to close the embassy,” the US mission said in a statement, adding that Washington was aware of the security challenges and ready to “adjust the presence as necessary to address these challenges.”

Reports suggest that the diplomatic missions of Afghanistan’s northern neighbors Uzbekistan, Kazakhstan, and Turkmenistan have also limited issuance of visas.

While Afghan officials did not comment on the insurgents’ claim, the local administration said special military units have been deployed in the province to push back the Taliban.

Separately, the Afghan Defense Ministry said 143 Taliban insurgents were killed in operations across the country over the past day.