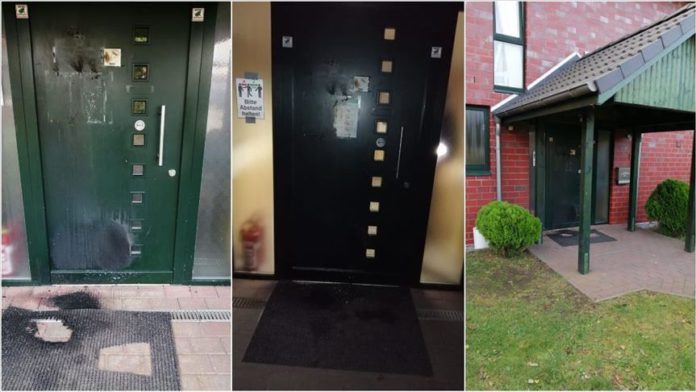 An unidentified arsonist caused considerable damage to a mosque in Itzehoe, Schleswig-Holstein, Germany, but there were no casualties, the head of the mosque said Thursday.

The head of Itzehoe’s Great Mosque Society Kenan Karagol told Anadolu Agency that the attack took place at 2 a.m. local time (0000GMT) when the assailant set fire to a trash dumpster and cartons outside the building, leading to significant property damage but the fire extinguished itself before it grew.

Karagol said the arson attempt was noticed by worshippers at around 6.15 a.m. (0415GMT) when they came to attend morning prayers. The Muslim community informed police and an investigation was started.

“We are inevitably anxious about the attack. We strongly condemn the attacks and want the perpetrators to be found as soon as possible,” said Karagol.

At least 15 mosques were attacked and dozens of Muslims were physically assaulted or verbally harassed on streets or in a public. Nine were injured in attacks.