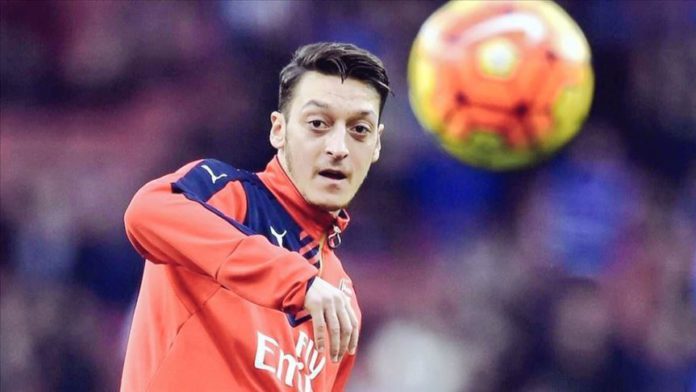 Arsenal midfielder Mesut Ozil voiced his support Tuesday for the Azerbaijani army’s operation in Upper Karabakh, a region occupied by the Armenian military.

The 31-year-old German citizen of Turkish descent tweeted “One nation, two states,” referring to the fraternity and strong ties between Turkey and Azerbaijan.

“For me, it’s important that everyone in the world should know the fact that the Nagorno-Karabakh region is legally and internationally recognized as part of Azerbaijan, yet it is currently occupied illegally,” Ozil said his message slamming Armenia.

“In March 2008, the United Nations General Assembly adopted a resolution reaffirming the territorial integrity of Azerbaijan and demanding the withdrawal of all Armenian forces,” he added.

He said the UN’s decision on the dispute should be upheld and recognized.

He added that the current fighting in Upper Karabakh — also known as Nagorno-Karabakh — is seriously worrying people and also imperils international peace and security.

“Let’s achieve peace and let’s work towards a fair future, and one without violence. Every death on either side is a loss for everyone,” he added.

Fresh clashes broke out on Sept. 27 when Armenian forces targeted civilian Azerbaijani settlements and military positions in the region, leading to casualties.

Many world powers including Russia, France and the US have called for a new cease-fire. Turkey, meanwhile, has supported Baku’s right to self-defense and demanded the withdrawal of Armenia’s occupying forces.

Armenian forces launched a missile strike on Azerbaijan’s second-largest city, Ganja, around 2 a.m. local time Sunday (2200GMT Saturday) — despite the region being outside the frontline zone — violating a cease-fire between the two sides and leaving at least 35 civilians wounded, including women and children.

A humanitarian truce had been declared Saturday for exchanging prisoners and the retrieval of the bodies of either sides’ soldiers in Upper Karabakh.

The cease-fire came after a trilateral meeting was held Friday in Moscow between the foreign ministers of Russia, Azerbaijan and Armenia.