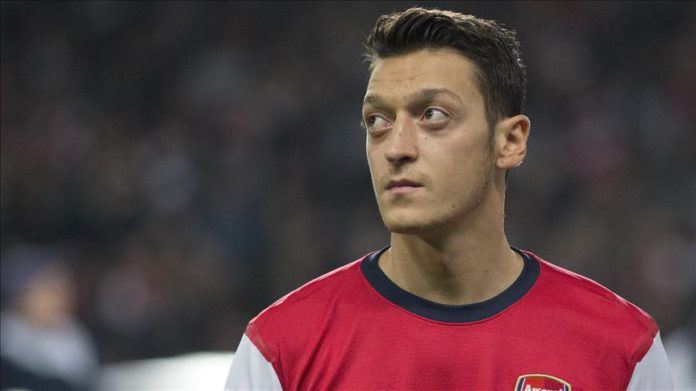 Arsenal midfielder Mesut Ozil offered Tuesday to pay the salary of the English football club’s longtime mascot, who was fired this week to cut costs amid an absence of fans due to COVID-19.

“I was so sad that Jerry Quy aka our famous & loyal mascot @Gunnersaurus and integral part of our club was being made redundant after 27 years. As such, I’m offering to reimburse @Arsenal with the full salary of our big green guy as long as I will be an Arsenal player,” Ozil said on Twitter.

The 31-year-old added that he is eager to pay for “Gunnersaurus” so Quy can “continue his job that he loves so much.”

Arsenal was under fire from its fans on social media after the club board sacked the beloved mascot Monday to cut costs amid the pandemic.

In the dinosaur outfit, Quy attended the club’s home matches to cheer fans at Arsenal venues Highbury Stadium and Emirates Stadium as well as other club events.

Arsenal played their home matches at Highbury until 2006, when they moved to their new home, Emirates Stadium.

Gunnersaurus was introduced to Arsenal fans in 1993.

Meanwhile, an Arsenal fan, George Allen, launched a fundraiser on the GoFundMe website to keep Gunnersaurus at the London club. The slogan for the campaign is ‘Save Gunnersaurus.’