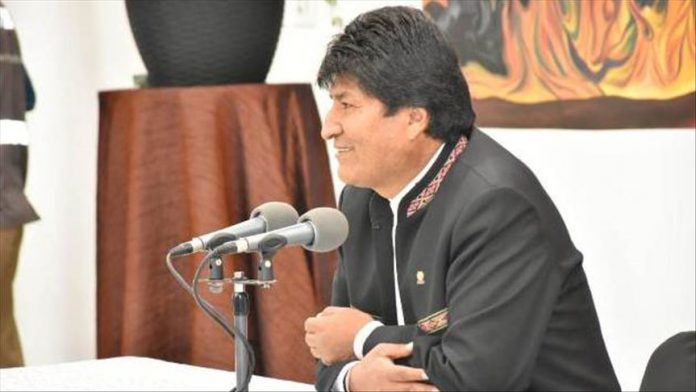 Bolivian President Evo Morales said Sunday an “illegal arrest warrant” had been issued for him and that his house was attacked by a mob following his forced resignation.

Opposition leader Luis Fernando Camacho, president of the right-wing Pro Santa Cruz Civic Committee, confirmed on his Twitter account that an arrest warrant was out for Morales.

He said security forces were searching for Morales and the military had seized the presidential plane.

Presidential polls were held in Bolivia on Oct. 20 and Morales obtained 47.8% of the vote, securing victory in the first round. But the opposition claimed there was “fraud” and some parties urged supporters to take to the streets.

After the opposition called for canceling the polls, Morales announced there would be new elections, but opposition supporters said they would continue protests until an election without Morales was held.

On Sunday, Bolivian Army Chief Williams Kaliman called on Morales to step down in a nationwide address broadcast live.

Morales said he resigned and a “coup” had been carried out against him. He said he made the decision to prevent Camacho and Carlos Mesa, a former president of Bolivia, from issuing further instructions to their supporters to attack Bolivians.