TurkishPress
Home News Around 1.8B in 25 countries experience record-warm temperatures in 2021 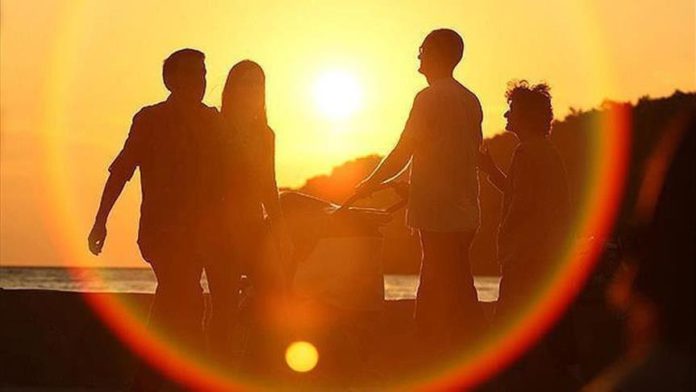 While 2021 was significantly colder than 2020, it was nominally the sixth-warmest year on Earth since 1850, according to the report published on Thursday.

On land, 2021 was nominally the fifth-warmest year observed, and effectively tied with 2015. This was significantly cooler than 2020, which was the warmest year on land.

According to the report, although 2021 was cooler than 2020, the long-term trend remains consistent with the ongoing pattern of global warming.

While the global average temperature did not set a new record in 2021, nonetheless 25 countries then experienced their warmest year on record.

The largest contributor to this record warmth came from over much of China.

In 2021, 87% of the Earth’s surface was significantly warmer than the average temperature during 1951-1980, with 11% experiencing similar temperatures while only 2.6% being significantly colder.

“We estimate that 8.3% of the Earth’s surface set a new local record for the warmest annual average. In 2021, no place on Earth experienced a record cold annual average,” Rohde said.

Land areas generally show more than twice as much warming as the ocean, Berkeley Earth said, and last year also showed strong warming over the Arctic that exceeds the Earth’s mean rate of warming.

“This is consistent with the process known as Arctic amplification. By melting sea ice and decreasing snow cover, warming in the Arctic regions causes more sunlight to be absorbed which allows for yet more warming.

Berkeley Earth predicted based on the current conditions that 2022 will be similar to or slightly warmer than 2021.

“Due to the return of La Niña conditions at the end of 2021, it is unlikely that 2022 will be a record warm year,” the report said.

The Paris Climate Agreement signed by 191 countries plus the European Union in 2015 aims to limit the global temperature rise by 1.5 degrees Celsius or keep it well below 2 degrees Celsius.

However, Berkeley Earth predicted that at the current rate of progression, the increase in the Earth’s long-term average temperature will reach 1.5 degrees Celsius above the 1850-1900 average by about 2033, and 2 degrees Celsius will be reached in about 2059.

Rohde blamed the increasing abundance of greenhouse gases in the atmosphere due to human activities for the recent global warming.

He warned that if the Paris Agreement’s goal of no more than 2 degrees Celsius warming is to be reached, significant progress toward reducing greenhouse gas emissions needs to be made soon.