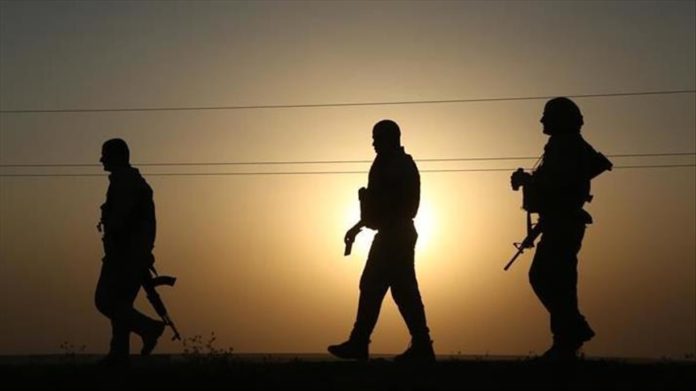 The Pakistan army rescued 15 laborers who were kidnapped by terrorists last month in the northwest near the Afghanistan border, military officials said Thursday.

An army spokesman said 16 laborers working at a mobile tower site in the Kurram Tribal District were abducted June 26 by unknown terrorists.

“On 27 June, 10 out of 16 labourers were released and the body of one labourer was found. To rescue the remaining 5 abducted labourers, security forces launched a series of Intelligence Based Operations in the highly inhospitable terrain under extreme weather conditions,” he.

During the operation, three militants were killed and two soldiers, including an officer, lost their lives on July 13, according to the army that said the operation is still ongoing to apprehend and eliminate the remaining terrorists in the area.

Tehreek-e-Taliban Pakistan (TTP), an umbrella of militant groups, has in the past claimed responsibility for kidnapping officials, NGO workers and laborers in the tribal districts along the Afghan border.

Some militants groups are kidnapping residents and asking for ransom.

Kurram, Khyber and Waziristan districts — once dubbed the heartland of the militancy — are among seven former semi-autonomous tribal regions in Pakistan where the army has carried out operations since 2014 to eliminate the TTP network.

Successive operations have pushed the TTP toward neighboring Afghanistan and Islamabad claims the network has set up bases across the border to attack Pakistani security forces and civilians, including kidnapping for ransom, target killings and extortion.

Military operations have also displaced more than 1 million people but the government claims most have returned.

In 2018, the tribal agencies were given the status of districts and merged with Khyber Pakhtunkhwa province.

'Oxford vaccine not responsible for blood clot in Denmark'

Over 1,100 unmarked graves found so far at Indigenous schools in...