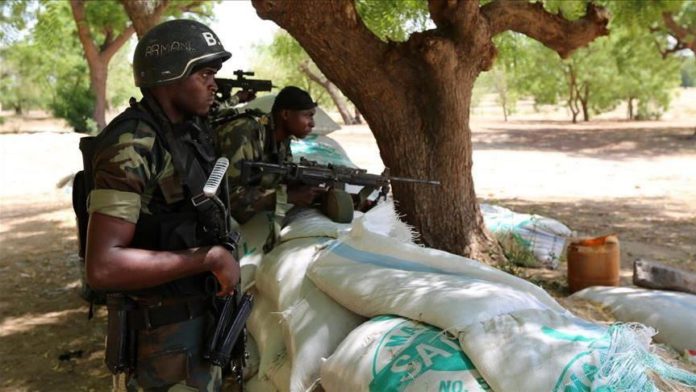 The government cleared the army of accusations of being involved in an attack after six children were killed by gunmen in a school in Kumba, the Minister of Communication said in a statement sent Sunday to Anadolu Agency.

The Cameroonian government refuted “the false allegations as well as the subterfuge and other manipulations of the armed gangs, tending to impute without scruples to the Defence and Security Forces, the atrocities of all kinds they commit against the populations of the North-West and South-West Regions, like the horrible attack of today,” according to Rene Emmanuel Sadi.

The statement comes after secessionists were blamed by the government for the school attack Saturday when armed “terrorist gangs” went to a private school complex on three motorbikes and opened fire on students in classrooms before fleeing.

Sixteen victims, who were mostly younger than 12, were evacuated to Limbe and Buea for intensive care.

The school opened earlier this year “without the knowledge of competent administrative authorities, and was not able to benefit from the same protection measures as other schools” in the department, said Sadi.

President Paul Biya instructed the defense minister to conduct an investigation to determine the exact circumstances of the attack and to look for the culprits so that they could answer before justice.

Sasi said the attack reflects the disarray and rout of secessionist armed gangs in the face of the educational community, parents, teachers and students’ determination to stand up to threats and watchwords by deciding to resume classes.

He said necessary measures to deal with intimidation have been taken and conditions for the continuation of the back-to-school period and the security of the educational community in the two regions concerned are also created and preserved.

“The secessionists’ objective is to break the dynamic observed in the resumption of classes in the context of the start of the 2020/2021 school year in the North-West and South-West Regions, and thereby deter parents from sending their children to school,” said Sadi.

The government called on friendly countries and human rights defenders for “sincere and active” cooperation to help Cameroon neutralize the armed rebellion’s sponsors where they are housed.

Cameroon has been affected by a so-called Anglophone crisis in the northwest and southwestern since 2016.

A secessionist movement is calling for separation and the creation of an independent state called Ambazonia — a request the government does not intend to entertain.

Multiple deadly attacks have occurred in the English-speaking areas and the army is fighting daily in those parts of the country.

After the attack on the school, several opinion leaders and observers have accused Ambazona promoters of being behind various massacres and joined forces on social media with #Endambazonianterrorism and #Endanglophonecrisis.

Others who recalled an attack in Ngarbuh, when 23 civilians were killed Feb. 14, and the army was blamed by national and international NGOs, has cautioned against a rush to judgment before making accusations about secessionists being responsible. 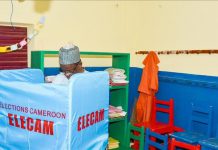