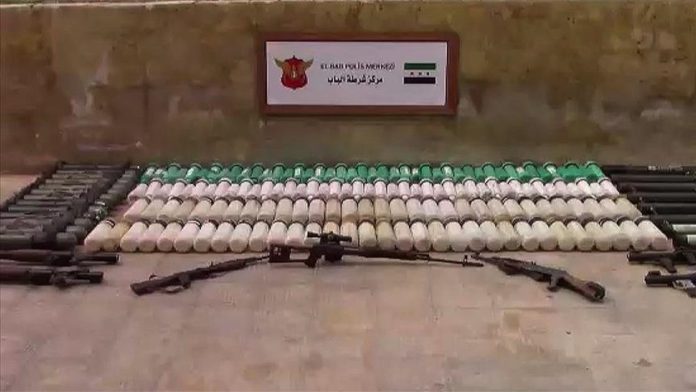 Local security units received intelligence about the presence of weapons, according to a statement by the governor’s office in Turkey’s southeastern Gaziantep province, which provides the Syrian town with consultancy services.

An operation was carried out and items including rocket launchers, anti-tank guns and sniper rifles were found. Four people involved in the transportation were also detained.