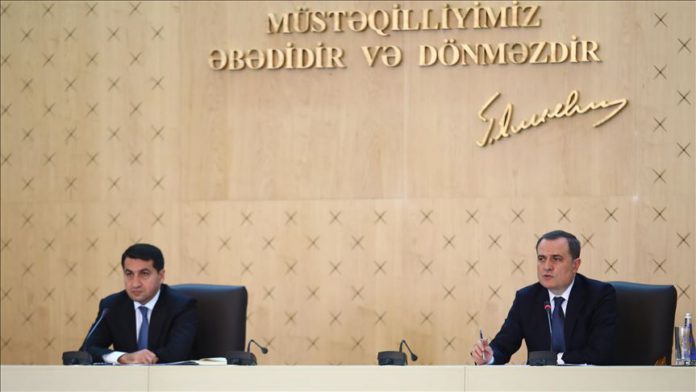 Armenia did not comply with temporary cease-fire, which clearly shows hypocritical policy it conducts, said a top Azerbaijani official on Saturday.

“Temporary humanitarian ceasefire achieved as a result of political will of the Azerbaijani President Ilham Aliyev. But Armenia continues to break it even today,” said Hikmet Hajiyev, assistant to the president, according to Azerbaijan’s Foreign Ministry on Twitter.

“Our goal remains to achieve territorial integrity of our country within its internationally recognized borders. The sustainable peace is not achievable until full withdrawal of #Armenia’s occupational forces from Azerbaijan,” he added.