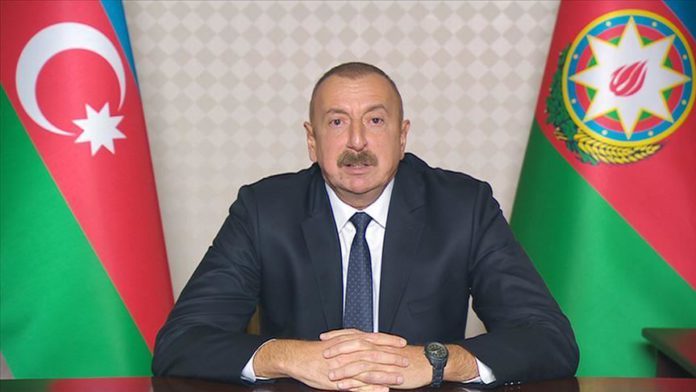 The Armenian army has “already admitted defeat” amid heightened tensions along the border for more than a month, the Azerbaijani leader said on Wednesday.

“We have modern weaponry and high fighting spirit. We showed who’s who and proved that Armenia’s ‘invincible army’ was a myth. They have already admitted defeat. This is an acknowledgment of their military defeat and our victory,” President Ilham Aliyev said on Twitter.

He stressed that by attacking the civilians in different parts of the country, Armenia aimed to “sow chaos and panic” in Azerbaijan.

“Yet they miscalculated the Azerbaijani people’s spirit. Despite our losses, it failed to break our will. On the contrary, it made us stronger,” Aliyev said.

To date, over 200 villages and settlements have been freed by Azerbaijani Armed Forces from Armenia’s occupation.

As of Wednesday, at least 90 civilians have lost their lives, including 11 children and infants, and 405 people, with at least 36 children among them, have been injured in attacks by Armenian forces, according to the Azerbaijan’s Chief Prosecutor’s Office.

Some 2,700 homes and 98 multi-apartment residential buildings have been destroyed and 500 civilian facilities have been damaged, as well.

The Minsk Group of Organization for Security and Co-operation in Europe — co-chaired by France, Russia and the US — was formed in 1992 to find a peaceful solution to the conflict, but to no avail. A cease-fire, however, was agreed to in 1994.

World powers including France, Russia and the US have called for a sustainable cease-fire. Turkey, meanwhile, has supported Baku’s right to self-defense and demanded the withdrawal of Armenia’s occupying forces.