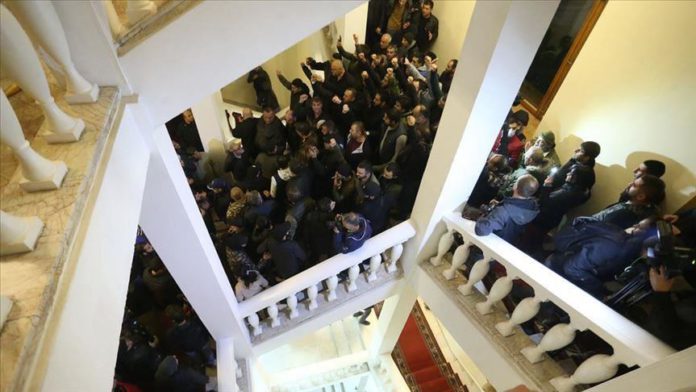 More than 60 people were arrested Thursday during anti-government protests in Armenia’s capital following a peace deal that ended weeks of armed conflict in Upper Karabakh.

Thousands of people gathered in Freedom Square in Yerevan and called on the government to resign at a rally organized by opposition parties.

Anti-government protests have been held in the country since Azerbaijan and Armenia signed an agreement on Nov. 10 to halt fighting in Nagorno-Karabakh.

“More than 20,000 Armenian troops and officers could have found themselves surrounded by enemy troops, inevitably facing the prospect of being killed or captured” if the deal had not been signed, he added.

Relations between the former Soviet republics have been tense since 1991, when the Armenian military occupied Upper Karabakh, also known as Nagorno-Karabakh, a territory recognized as part of Azerbaijan, and seven adjacent regions.

Meanwhile, Prime Minister Pashinyan said he had signed an “unspeakably painful” deal that allowed Azerbaijan to claim control over regions it took back in the fighting.