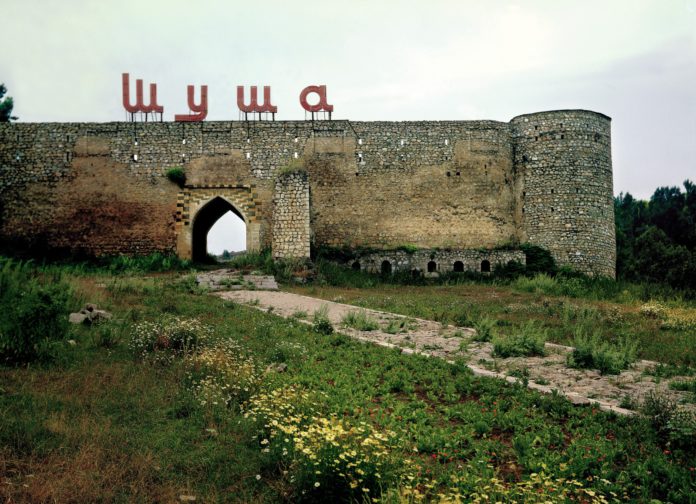 Despite an ongoing escalation of tensions, Armenian and Azerbaijani communities may still live together after the nearly three-decade illegal occupation by Armenian forces is ended, according to an Azerbaijani official.

“Although we are currently living in a state of intense war, I still believe in the possibility of coexistence of the Armenian and Azerbaijani communities within the internationally recognized borders of Azerbaijan,” Tural Ganjaliyev, head of the Azerbaijani community in Azerbaijan’s Upper Karabakh region, told Anadolu Agency in an exclusive interview.

Ganjaliyev, who is also a member of the Azerbaijani parliament, recalled that prior to the Armenia-Azerbaijan Upper Karabakh conflict nearly 30 years ago, the two communities “experienced a peaceful coexistence.”

Ganjaliyev underlined that today, the goal of Baku is to liberate all the occupied territories, adding his country will continue its military operations until all the lands occupied by Armenian forces are rescued.

Relocation of people to freed lands

To date, Azerbaijani President Ilham Aliyev has announced that over 200 villages as well as several settlements and cities of Azerbaijan have been liberated from Armenian occupation.

Ganjaliyev stressed that the Azerbaijani government has a “special plan” for the repatriation of internally displaced persons (IDPs) and refugees to their homeland in the liberated territories. 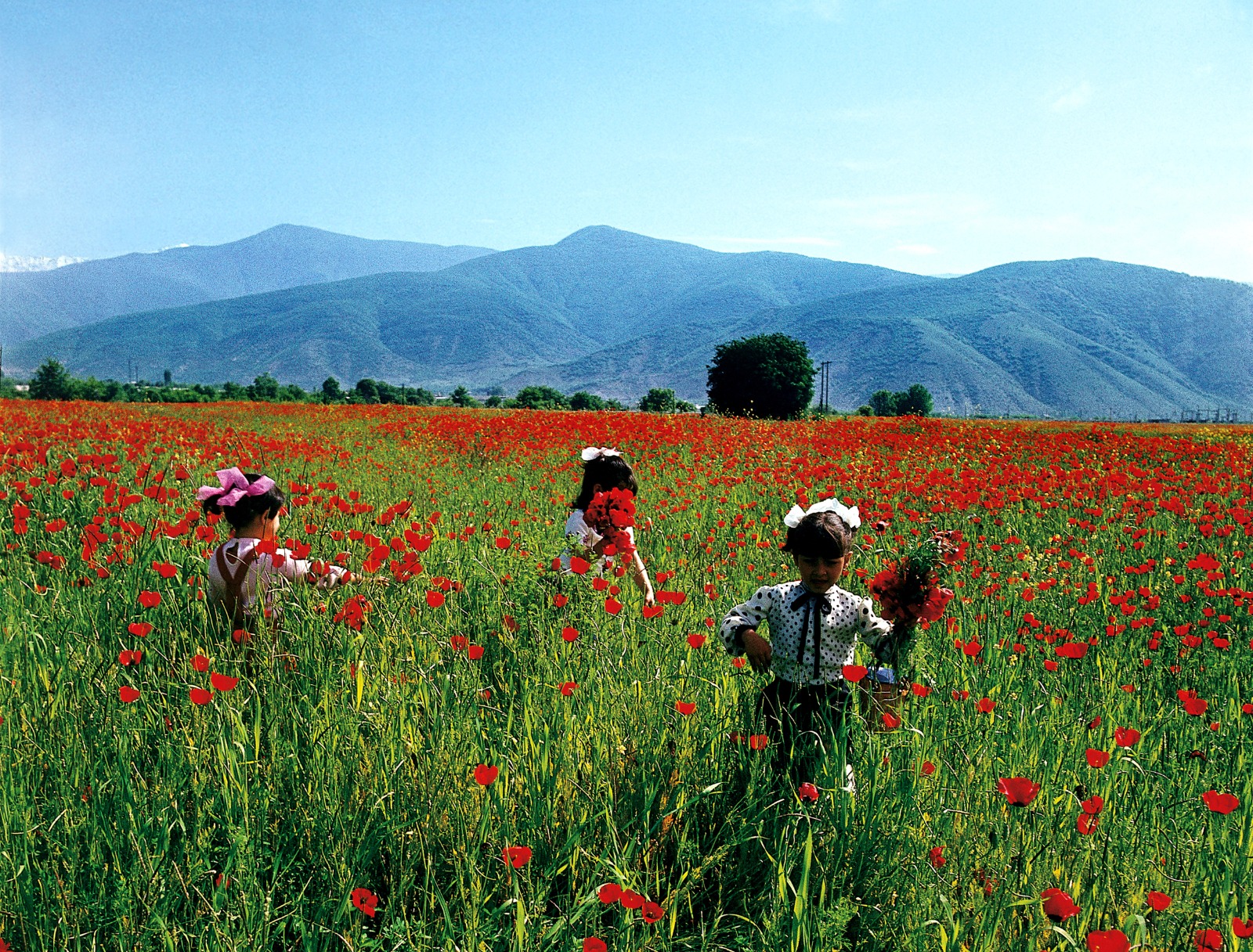 He highlighted that after the liberation of all territories from occupation, the implementation of this plan will begin in stages.

“Of course, all these will not happen in one day. These areas must first be cleared of mines, then critical infrastructure must be built there, and then people must gradually return to their places,” he added.

Azerbaijan currently hosts around 1 million refugees and IDPs who were forced to leave their homes due to the conflict initiated by the Armenian forces.

The Azerbaijani deputy reiterated that from the first days of the current ongoing conflict, the Armenian Armed Forces shelled civilians and settlements along the front line, adding they didn’t shy away from firing ballistic missiles at large cities far away from the conflict zone such as Ganja, Barda, Mingachevir and other regions.

“All this is a gross violation of international humanitarian law, especially the 1949 Geneva Conventions, and is a war crime,” he said.

On Oct. 28, a deadly missile attack by Armenian forces on Azerbaijani civilian settlements in the city center of Barda left at least 21 people dead, including five women, and wounded 70 people, including eight children and 15 women.

The two cluster Smerch missiles, which are prohibited by international law, were fired around 1 p.m. local time (0900GMT) targeting the densely populated area with commercial establishments in Barda, according to Azerbaijan’s Prosecutor General’s Office.

Noting that Armenia’s political and military leadership bears full responsibility for such crimes, Ganjaliyev said Amnesty International and Human Rights Watch have confirmed the use of prohibited ammunition by Armenian forces against civilians in Azerbaijan.

“As you can see, Armenia’s policy of ethnic cleansing and genocide against Azerbaijanis continues, and in essence, there is no big difference between what happened 30 years ago and what is happening now.”

To date, more than 90 civilians have lost their lives, including 11 children and infants, and over 400 people, with at least 36 children among them, have been injured in recent attacks by Armenian forces, according to Azerbaijan’s Chief Prosecutor’s Office.

Some 2,971 houses and 100 multi-apartment residential buildings have been destroyed and 502 civilian facilities damaged as well.

Joy, anger amid liberation of lands

Ganjaliyev went on to say that thanks to the Azerbaijani Armed Forces, the people are living “their happiest days” as their hearts fill with joy hearing of new villages and cities being liberated from occupation.

“Today, thousands of people sit in front of the television and eagerly await the news of the liberation of their occupied villages,” he said.

Noting that along with joy, when people look at the footage from the liberated territories, they are also “filled with anger” as the “beautiful places” where people used to live, walk and worship are now in ruins.

“Not only mosques, but also sacred places of other faiths were either destroyed or altered by occupant armed forces of Armenia.”

Earlier, a mobile phone video revealed that a historic mosque was turned into a pigsty in Zangilan, Azerbaijan, which was liberated on Oct. 20 from Armenian occupation. 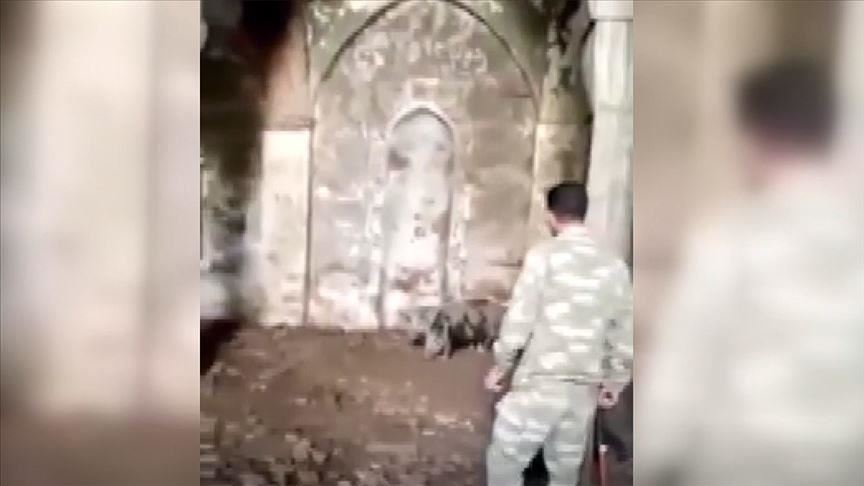 The video, which was posted on social media, showed Azerbaijani soldiers entering the Islamic facility and encountering pigs. The mosque had become a ruin.

Ganjaliyev said the main reason Armenian forces kept violating all three temporary humanitarian cease-fire agreements was that the Armenian political leadership “was not reconciled with the defeat on the battlefield.”

He stressed that there is a “possibility” of a lasting truce, adding Azerbaijan has repeatedly stated the necessary steps to be implemented to reach it.

“If the implementation of the agreed basic principles is ensured, then a lasting cease-fire can be achieved, and people will not lose their lives. To do this, Armenia must agree to adhere to these principles and withdraw its occupant forces from the territories of Azerbaijan,” he said.

The latest US-brokered temporary humanitarian cease-fire between Azerbaijan and Armenia went into effect on Oct. 26. However, it was short-lived, as only a few minutes after it went live, Armenian forces again violated the truce.

In two separate missile attacks on Ganja, a major city with half a million people far from the front line, Armenia killed over two dozen civilians, including children, and injured scores of others.

Another truce on Oct. 17 was also violated by Armenia.

“Since Armenia has been defeated on the battlefield, it is making every effort to change the direction of the conflict and involve a third party,” Ganjaliyev said, adding that all the steps taken in this direction by Armenia have been neutralized so far and Armenia’s provocations have been exposed.

Azerbaijan is fighting in its internationally recognized territories against the occupant forces of Armenia, he said.

While Azerbaijan used to maintain open relations with many states, only few countries voiced open support for the stance of Azerbaijan on liberating its occupied lands, while “a number of states have remained silent about this occupation,” he said.

“But today, supporting Azerbaijan’s rightful position does not mean choosing between Azerbaijan and Armenia. It is a broader concept and is a choice between international law or occupation.”

Ganjaliyev expressed his gratitude to “brotherly” Turkey for its “support of international law, justice and fairness” in the conflict.

World powers including France, Russia and the US have called for a sustainable cease-fire. Ankara, meanwhile, has supported Baku’s right to self-defense and demanded the withdrawal of Armenia’s occupying forces.

Noting that there were “well-known principles” for the settlement of the conflict, Ganjaliyev said it should be settled in accordance with the norms and principles of international law.

“Hence, the occupation of the territories of Azerbaijan must end, [and] all displaced persons must return to their lands. In order to bring lasting peace to the region, Armenia must renounce its destructive mindset and make efforts to settle the conflict through dialogue in accordance with international law,” he concluded.

The Minsk Group of the Organization for Security and Co-operation in Europe – co-chaired by France, Russia and the US – was formed in 1992 to find a peaceful solution to the conflict, but to no avail. A cease-fire, however, was agreed to in 1994.