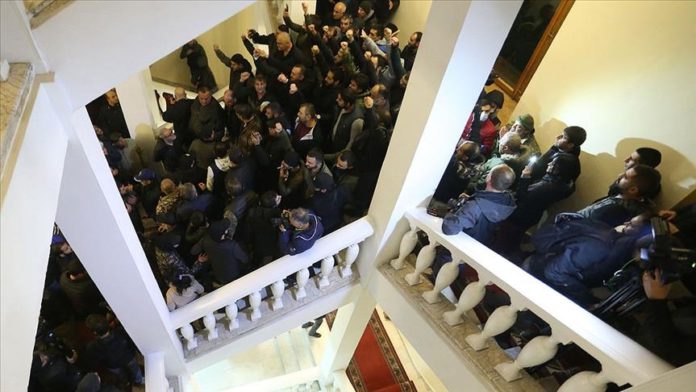 The demonstrators tried the enter the building while a Cabinet meeting was being held.

Police intervened, with clashes breaking out between the two sides, and more than 40 people were arrested.

Protests erupted in Armenia last month after Pashinyan accepted defeat by signing a deal with Azerbaijan and Russia to halt fighting over the enclave of Upper Karabakh.​​​​​​​

On Saturday, opposition parties in Armenia gave Pashinyan until Dec. 8 to resign, warning him of civil disobedience across the country if he failed to do so.

Relations between the former Soviet republics of Azerbaijan and Armenia have been tense since 1991, when the Armenian military occupied Upper Karabakh, also known as Nagorno-Karabakh, a territory recognized as part of Azerbaijan, and seven adjacent regions.

On Nov. 10, the two countries signed a Russian-brokered agreement to end the fighting and work toward a comprehensive resolution.

Top Kashmiri lawyer’s detention ‘not to be extended’