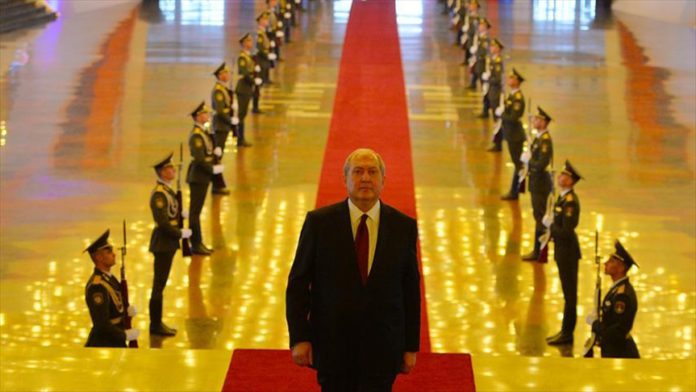 Armenian President Armen Sargsyan on Tuesday rejected a prime ministerial order to sack the army’s chief of general staff for the second time.

The Armenian Presidency said in a statement that the political crisis caused by the decision to dismiss Chief of General Staff Onik Gasparyan must be resolved.

“The president has decided not to sign the draft decree,” the statement said, adding that Sargsyan met with Prime Minister Nikol Pashinyan, Gasparyan and the Armed Forces commanders to discuss the issue.

The president will apply to the Constitutional Court on the issue, it said. “The possible legal gap cannot be ignored,” it added.

According to the lawyers in the country, the decree approved by the prime minister can come into force after three days due course of law.
In this context, Gasparyan is expected to leave office on Thursday.

The dispute over the dismissal of Gasparyan after he called for the premier’s resignation last week also continued between Pashinyan and Sargsyan.

Though Sargsyan rejected Pashinyan’s order to sack the chief of general staff, Pashinyan sent the same decree to the presidency again.
Government supporters and the opposition are set to hold demonstrations in Yerevan at the same time.

Earlier this week, Gasparyan, along with other senior commanders, released a statement calling for Pashinyan’s resignation.

He later announced the dismissal of the chief of general staff on Facebook.

The unrest follows the end of a military conflict between Armenia and Azerbaijan last fall, widely seen as a victory for the latter. 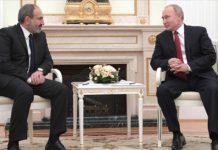 February 26, 2021
We use cookies to ensure that we give you the best experience on our website. If you continue to use this site we will assume that you are happy with it.Ok