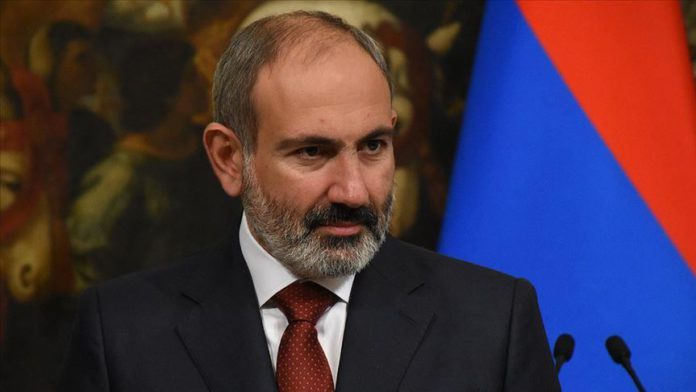 In an interview with the BBC, Armenia’s prime minister has once again attempted to defend his country’s invasion of Upper Karabakh and its surrounding regions that are all internationally recognized territories of Azerbaijan.

Speaking to Jonah Fisher, Nikol Pashinyan said Upper Karabakh, also known as Nagorno-Karabakh, were Armenian lands, claiming that over 80% of the population there had “always” been Armenian.

“Azerbaijan wants Armenians not to live there,” Pashinyan said, contradicting the statements by Azerbaijani President Ilham Aliyev, who has said that once Yerevan fulfills international law by withdrawing from the lands it has occupied, Armenians could “enjoy all the rights and privileges as any other representative of any other nation” in Azerbaijan.

Asked by Fisher about Armenia’s illegal occupation of Nagorno-Karabakh for more than 25 years, Pashinyan’s only defense was that this was “not true.”

The Parliamentary Assembly of the Council of Europe (PACE) also refers to the territory as being under the occupation of Armenian forces. “Considerable parts of the territory of Azerbaijan are still occupied by Armenian forces, and separatist forces are still in control of the Nagorno-Karabakh region,” says PACE resolution 1416, adopted on Jan. 25, 2005.

The BBC host also said Pashinyan was referring to a “historical claim,” rather than international law.

“There is no such international law that you are citing. Everyone is citing the UN General Assembly resolutions but very few people, unfortunately, have read that. There isn’t anything in it to say that Armenia has occupied anything. This is not the case,” Pashinyan said.

In response, Fisher underlined that the resolutions said Upper Karabakh belongs to Azerbaijan.

Pashinyan then changed course, claiming that Armenians in Upper Karabakh faced an “existential threat,” adding that if the Azerbaijani Armed Forces succeeded in the ongoing fighting, this would mean a “genocide of the Armenians” in Upper Karabakh.

Despite his ability to speak in English — as he had in a previous interview in August with the BBC’s Stephen Sackur — Pashinyan this time responded to the questions only in Armenian, once again exemplifying his commitment to Armenia’s years-long policy of aggression towards Azerbaijan.

New clashes erupted between the two countries on Sept. 27, and since then Armenia has continued attacks on civilians and Azerbaijani forces.

Relations between the two former Soviet republics have been tense since 1991, when the Armenia launched its military occupation of Upper Karabakh and seven adjacent regions.

Over 1 million Azerbaijanis were internally displaced people, while 20,000 were martyred by Armenian forces and 50,000 wounded, according to Azerbaijan’s official figures.

At least 4,000 Azerbaijanis remain missing from the conflict, while more than 2,000 were captured and taken hostage by Armenian forces.