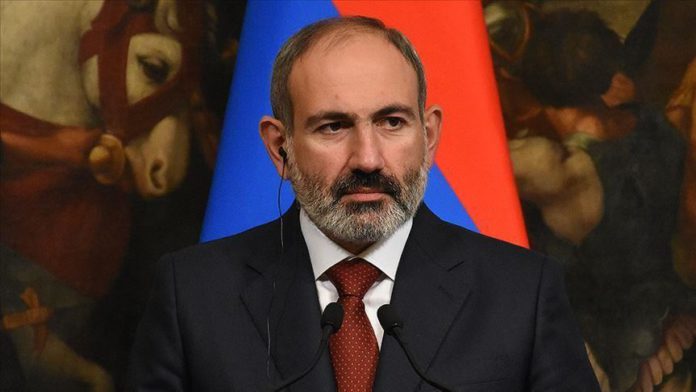 Armenia’s prime minister said Tuesday it was “a very hard decision” to sign a deal to end the conflict in the Upper Karabakh region, also known as Nagorno-Karabakh.

In a statement on social media, Nikol Pashinyan said the decision was made after a deep analysis of the military situation and assessment by people with knowledge.

Armenia erupted in protests after Pashinyan admitted defeat by signing the deal with Azerbaijan and Russia to halt the fighting over Upper Karabakh.

Protesters gathered in front of a government building in the capital Yerevan and broke windows and chanted slogans against Pashinyan.

Russian President Vladimir Putin announced earlier in the day that Azerbaijan and Armenia had signed the agreement.

'Turkey should be with Azerbaijan at negotiating table'