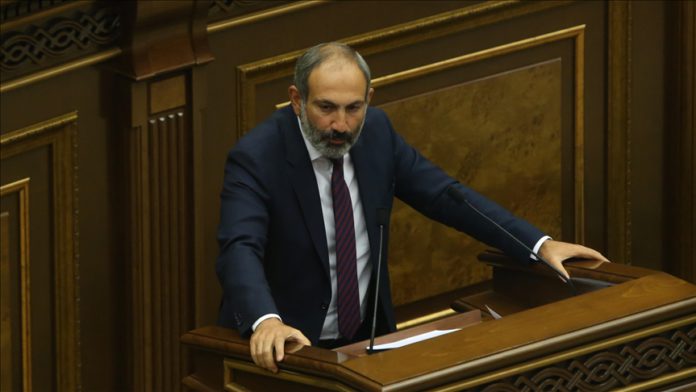 The protesters gathered at the Republic Square in the capital city Yerevan, asking the premier to step down. Some also assmebled outside the buildings and foriegn and justice ministries.

They blocked the Yerevan–Vanadzor road with heavy-duty vehicles.

Speaking on the occasion, Vazgen Manuktan, the opposition’s prime ministerial candidate, urged law enforcers to join the protesters. “Every hour is critical. Don’t make people wait in squares. Join us,” he said.

Reacting to the angry demonstrators, Pashinyan said the opposition was fighting for its own interests rather than that of the people.

He said “elites” who ruled to rule the country before 2018 want a revenge, and grab the influence and power they lost.