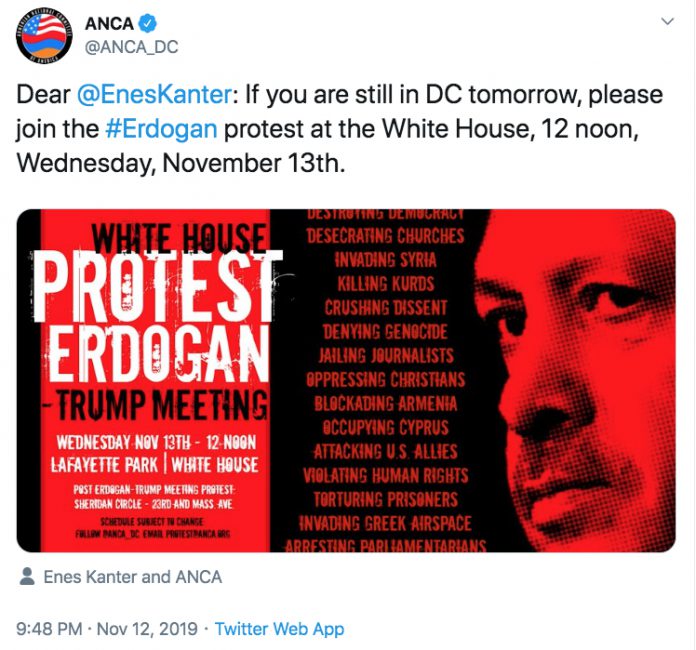 Armenian groups in the U.S. are working with supporters of the terrorist PKK to protest the Turkish president’s visit to the U.S. on Wednesday.

The Armenian National Committee of America (ANCA) announced that the American Rojava Center for Democracy (ARCDEM), a supporter of the terrorist PKK, and the Armenian Youth Federation have been getting ready to protest Recep Tayyip Erdogan, who is paying a two-day visit to the U.S. at the invitation of President Donald Trump.