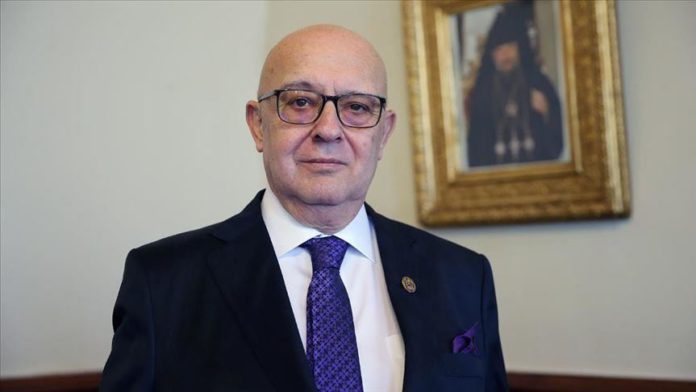 The head of an Armenian group on Wednesday praised the arrest and remand of a man who vandalized one of the community’s churches in Istanbul last month.

“The arrest of the attacker relieved our society,” Bedros Sirinoglu, head of the Armenian Foundations Union, said in a statement.

On May 23, a suspect, identified as Mazlum S., dismantled a cross outside an Armenian church in Istanbul’s Anatolian Kuzguncuk neighborhood.

He was arrested a few days later and remanded in custody by an Istanbul court on May 30.

Sirinoglu thanked Turkish President Recep Tayyip Erdogan, the Directorate of Communications, and the Interior Ministry for the “meticulous work” that ensured the attacker’s arrest.

He also praised a recent Turkish law on properties of non-Muslim minority communities: “The Armenian community has achieved significant gains thanks to the law, especially regarding the return of foundation goods, which has come into force in recent years.”

In 2015, Turkey announced the return of more than 1,000 properties that once belonged to non-Muslim minorities, the largest restitution in the country’s history.

In recent years, the Turkish government has stepped up efforts to restore and open churches and synagogues, including many that have been closed for over a century.